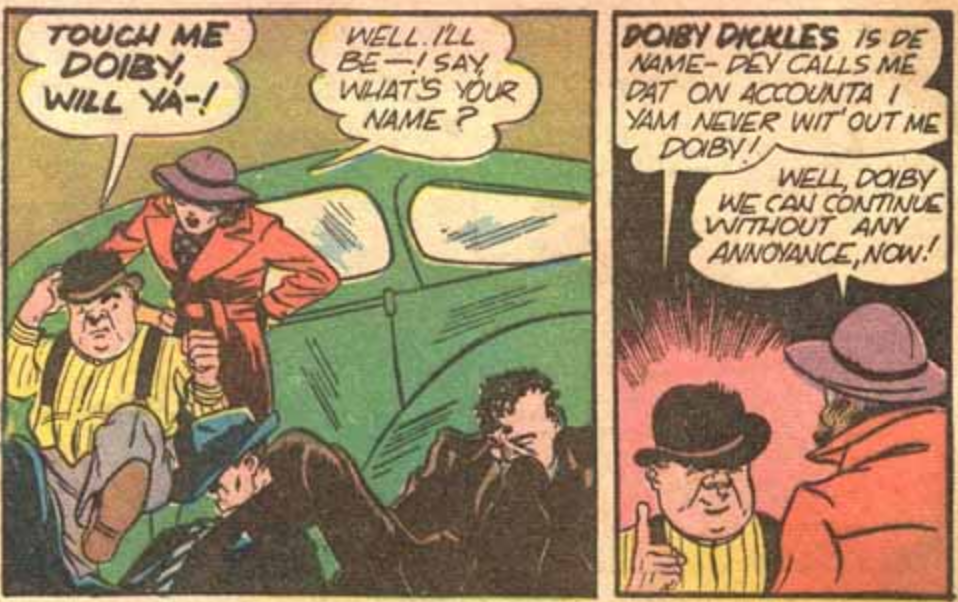 DC and National Comics seem to be upping their “supporting character” game in mid-1941. In All-American Comics #27 (April 1941), Green Lantern introduces a comic relief supporting character named Doiby Dickles. I agree with this article that Doiby is one of the worst sidekicks of all time. I’ve never been a fan of mixing slapstick comedy with superhero crime-fighting and that’s probably why I also never enjoyed Johnny Thunder.