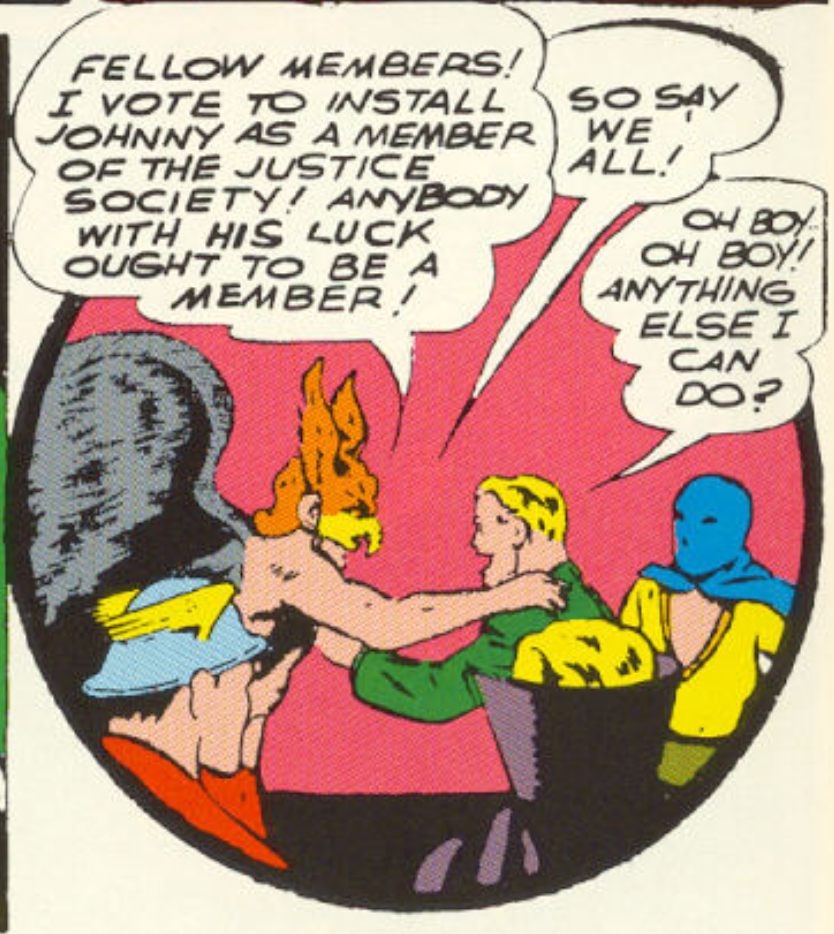 Johnny Thunder becomes an official member of the Justice Society of America, in All-Star Comics #6 (June 1941), while Jay Garrick (the Flash) becomes an honorary member like Superman and Batman. It’s pretty clear that DC / National only considers the team-up a gimmick to boost readership, because once the Flash gained a solid-enough founding to have his own quarterly All-Flash magazine, they no longer felt the need to cross-promote.