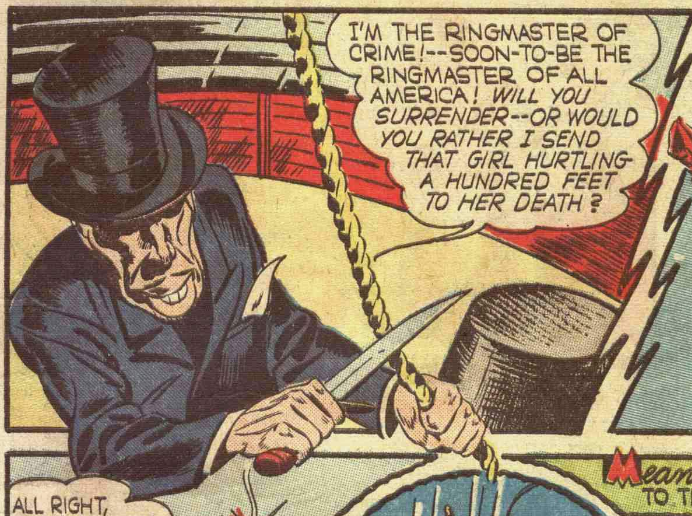 A new Marvel Comics villain debuts in Captain America #5 (May 1941): The Ringmaster! The Silver Age version of this character was a bit more well-known, but both were co-created by Jack Kirby. Both Ringmaster characters were tall, lean, wore a top hat, had a long face and a mustache. This version was a Nazi agent.

Jack Kirby had a penchant for imbuing his villains with grotesquery: dour expressions, menacing and bulging eyes and this version of Ringmaster is no exception.