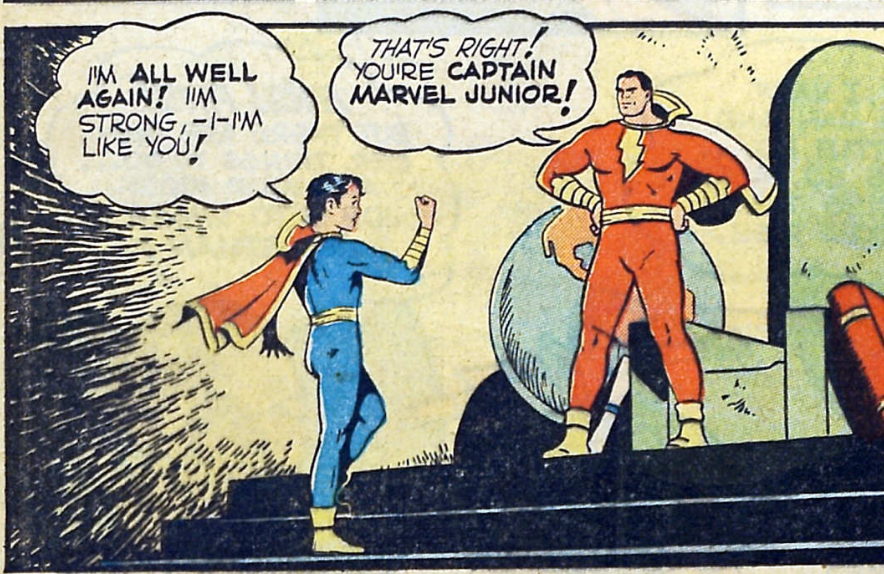 In Whiz Comics #25 (November 1941), Fawcett introduces Captain Marvel Jr, aka Freddy Freeman, a crippled boy who became the second official member of the Marvel Family. It seems like Fawcett began to realize how big of a hit Captain Marvel was starting to become and had plans to spread it around with new characters, with Freddy to appear in “Master Comics” to take out Captain Nazi. I think it’s interesting in this story that Captain Marvel stays cartoon-ish, while Captain Marvel Jr is drawn in a more realistic manner in the same story.