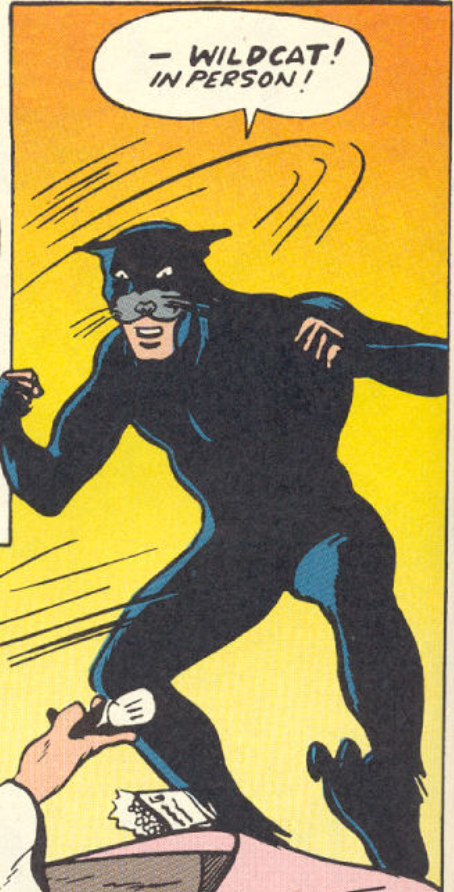 The other important hero that debuted in Sensation Comics #1 (November 1941), is Wildcat. Ted Grant was a heavyweight boxer who got embroiled in some organized crime and had to clear his name. In a cat suit. Works for me!

Although his mentor is “Socker” Smith, who Ted accidentally kills in the championship bout, it seems that later ret-cons would feature the mysterious Joe Morgan as Ted’s trainer.