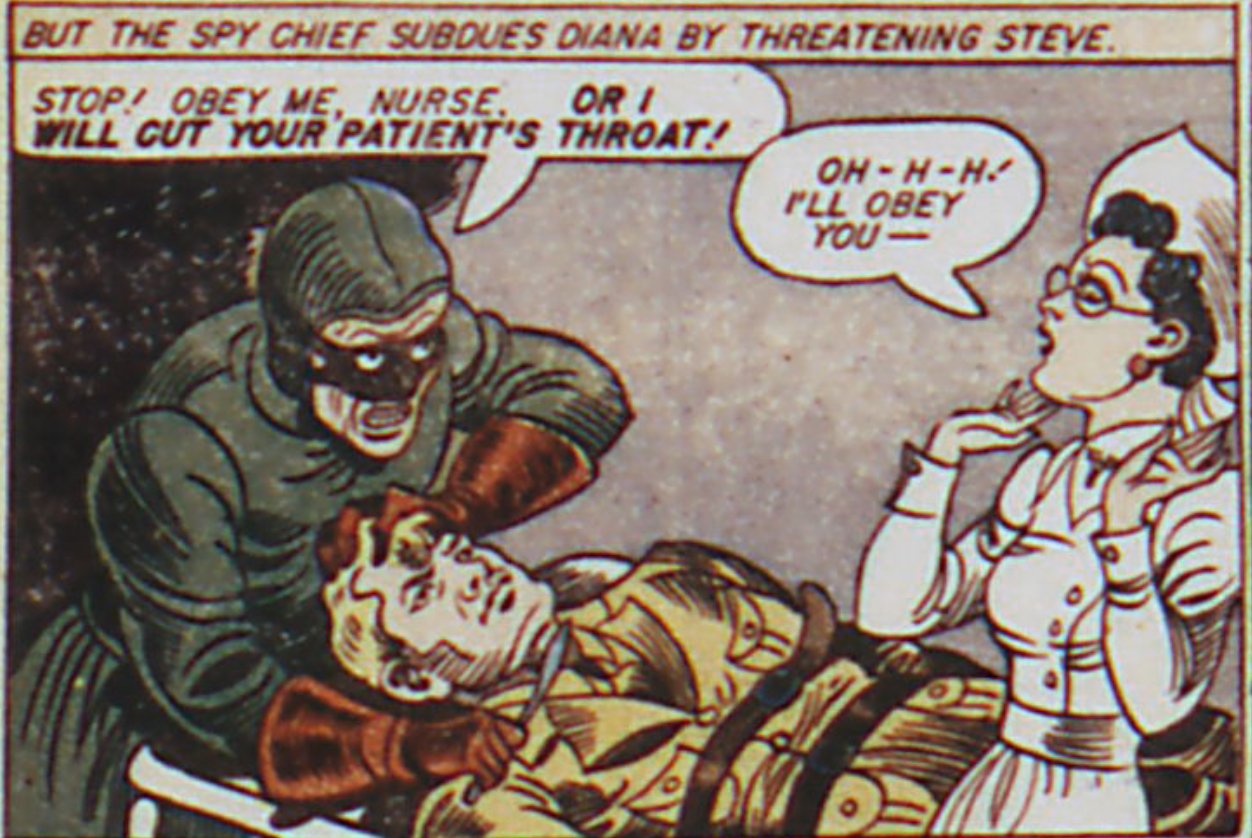 In the second issue of Sensation Comics (December 1941), Wonder Woman gets her first villain, Doctor Poison, in this incarnation a Japanese princess named Maru who works for the Nazis.

Bad puns aside, I’m a bit fascinated by Etta. While Wonder Woman is a super-powered ideal, she still pines after Steve in kind of pathetic ways. On the other hand, Etta is un-apologetically, erm, big-boned in a medium where every other female character is consistently curvy and glamorous. In addition, Etta has an infectious gung-ho attitude and is a natural leader of women. It seems almost like they were going with comic relief, but they found something else.