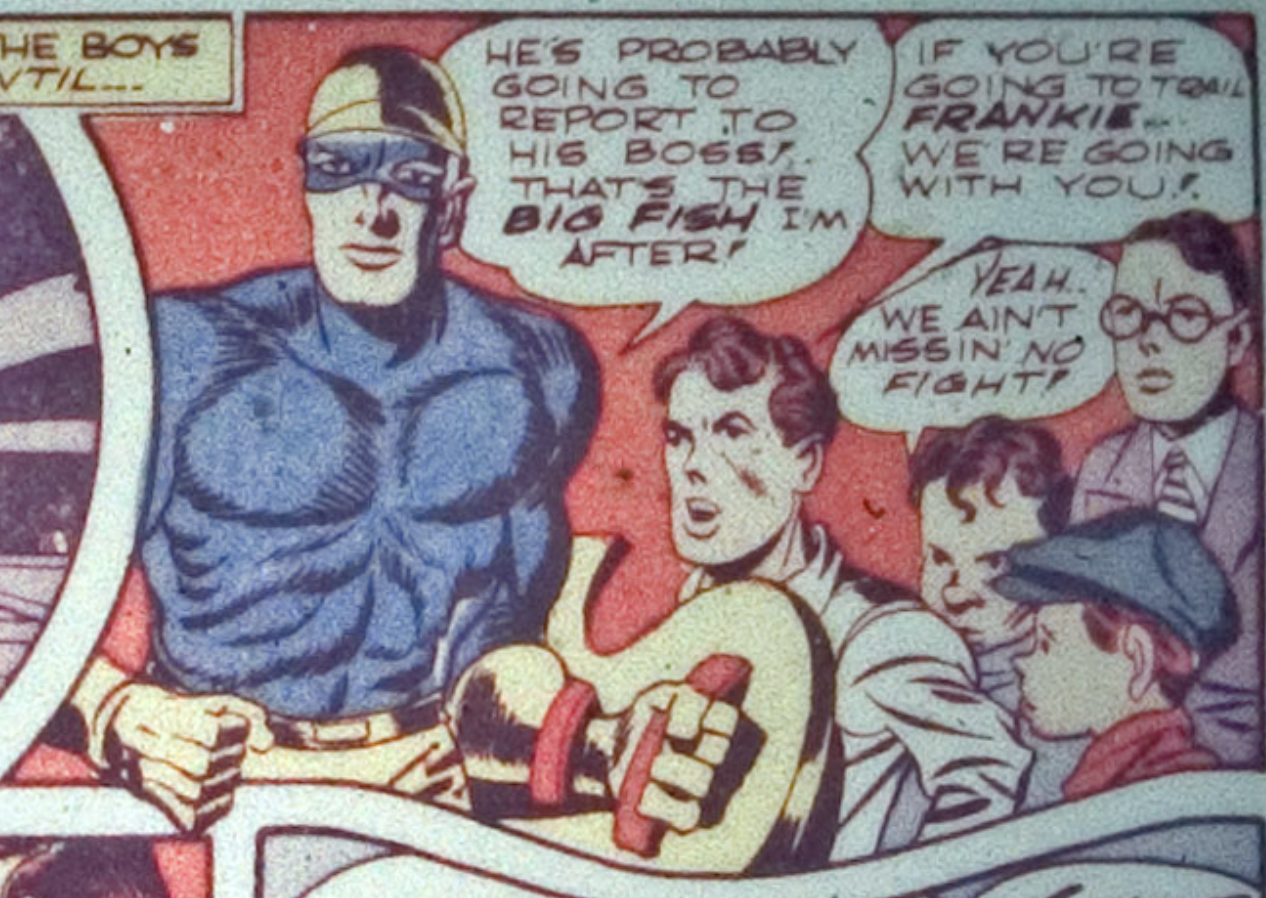 Jack Kirby and Joe Simon jumped the Timely/Marvel Comics ship at the end of 1941 and landed at National/DC Comics just as the U.S. was entering World War II. in Star Spangled Comics #7 (February 1942), they debuted a Captain America-resembling hero named The Guardian who took a bunch of orphaned newsboys under his wing as the Newsboy Legion.

A new version of The Guardian (Jimmy Olsen) would later appear in the CW Supergirl TV series.