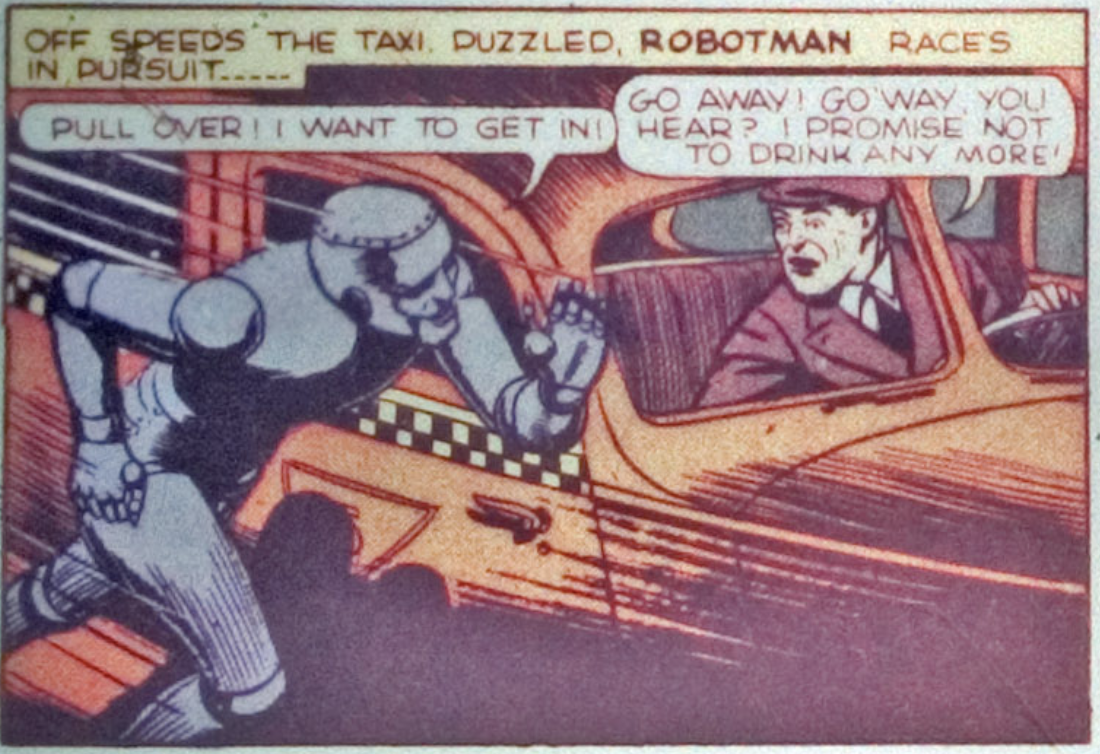 Also appearing in Star Spangled Comics #7 (February 1942) is the first version of DC’s Robotman. Created by Jerry Siegel and Leo Novak, Robotman was Robert Crane, a scientist who was fatally shot, but was lucky enough to have his brain placed into robot by a buddy. Everyone needs a buddy like that.