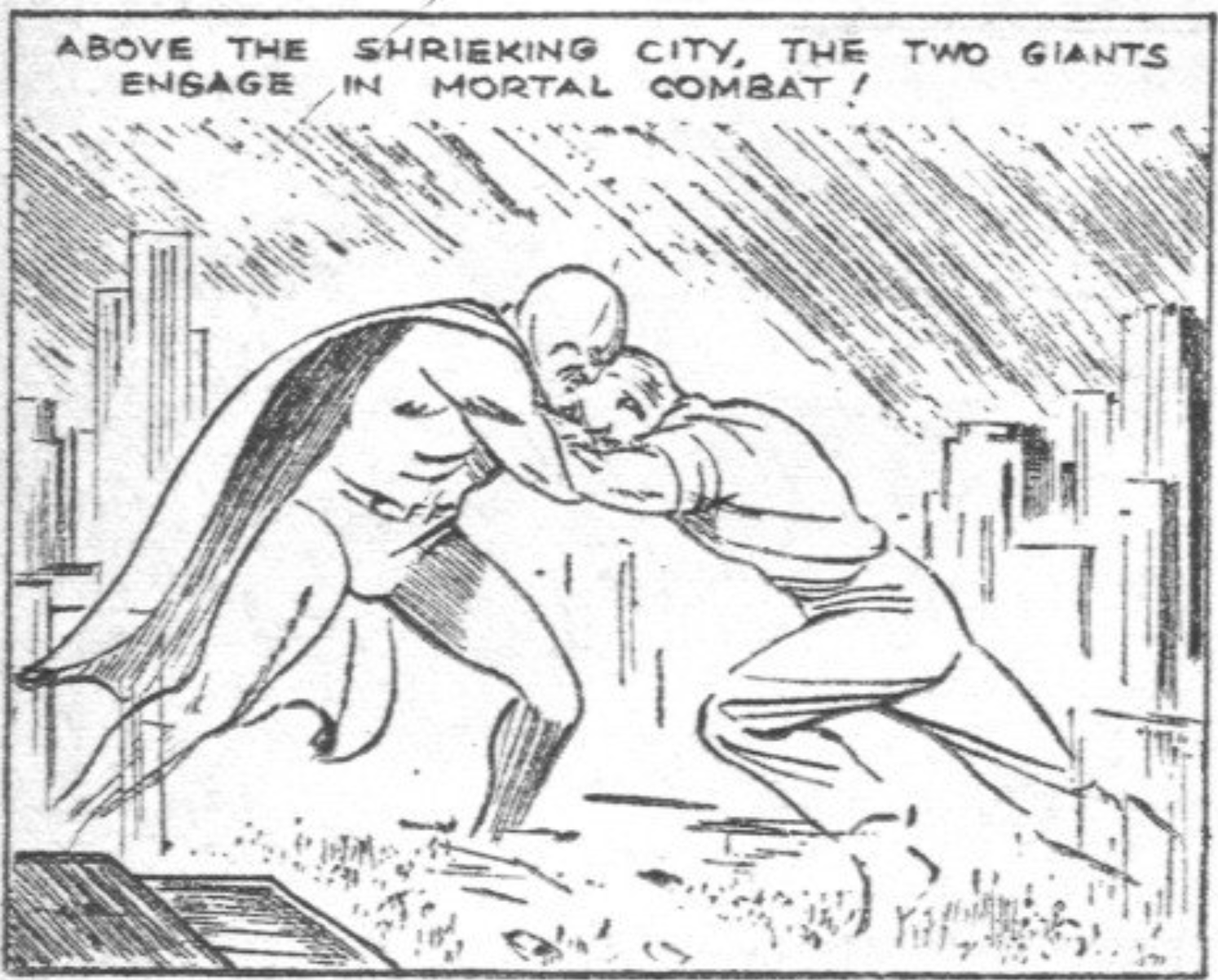 The two-page story does feature a caped (and hooded) giant figure in tights fighting with Dr. Mystic, who has the ability to increase his size “thru an old, mystic ritual”.  This is the first time a comic book hero used fantastical powers.

Interestingly, in this same month, David McKay’s King Comics #1 features a newspaper reprint of Popeye, the Sailor, whose spinach-chewing brings on bouts of super strength.  So either way you slice it, I believe that March 1936 marks the first appearance of comic book heroes with super powers.

Note that I’m not trying to take anything away from Superman (still two years away at this point).  Superman was the first fully-formed superhero with all the characteristics that we think of today:  identifying costume, well-defined powers, origin story, secret identity and supporting cast.  I think of heroes with powers like Doctor Occult / Dr. Mystic and Popeye as characters that are one step further along on the superhero evolutionary ladder from heroes with an identifying costume and supporting cast like Dick Tracy.