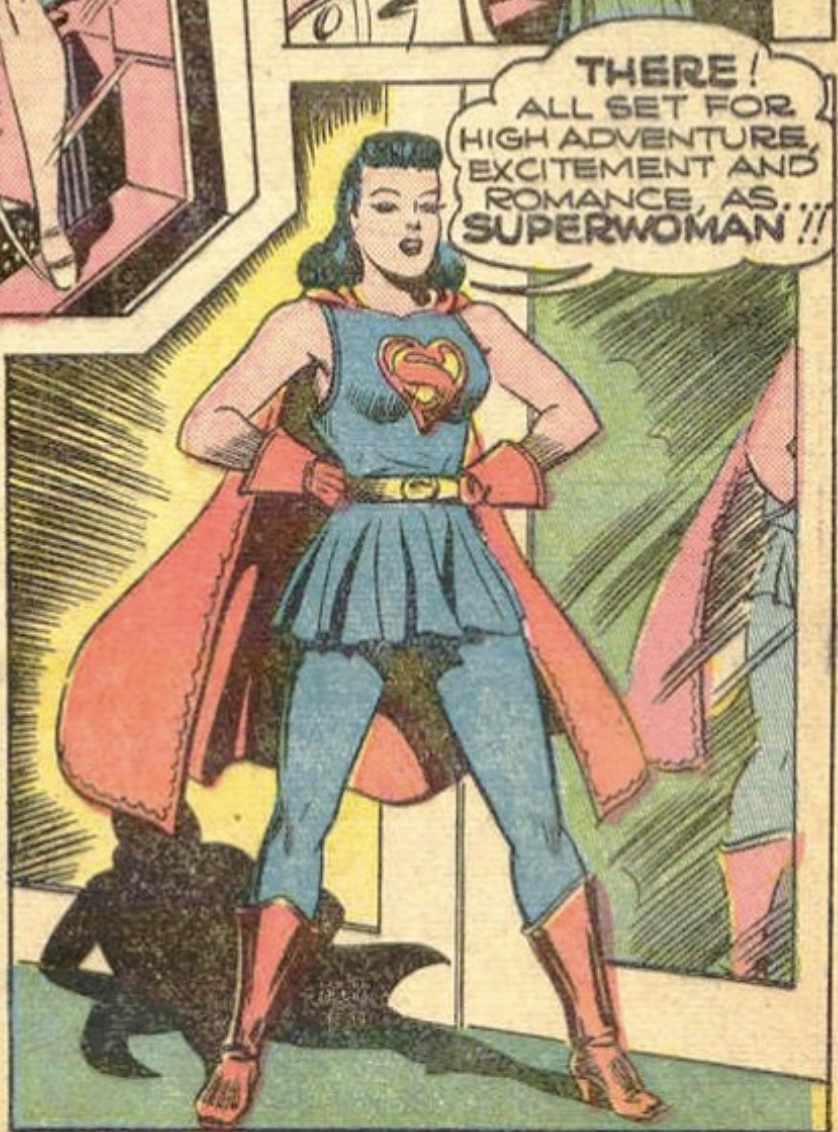 Five years after the debut of Action Comics, we get the first time that Lois Lane gains super-powers in Action Comics #60 (March 1943). After a car accident in which Lois gets a head injury, Superman gives her a blood transfusion which results in her gaining all his powers. Lois decides on costumed adventuring. Note that her ‘S’ insignia is heart-shaped! How adorable is that?

She later takes Clark for a flight and then brings him to the top of a tall buildings for an inspired visual:

She then confronts Superman as his equal, declares her love for him, and asks him to marry her. Even better yet, Superwoman ends up saving Superman from the clutches of some menacing evil scientist!

Sadly, the whole affair is nothing but a fever-dream brought on by her head injury, from which she is able to recover thanks to Superman finding the one doctor who could save her. While it is all a clever bit of story-telling – making it “just a dream” is a total cop-out!