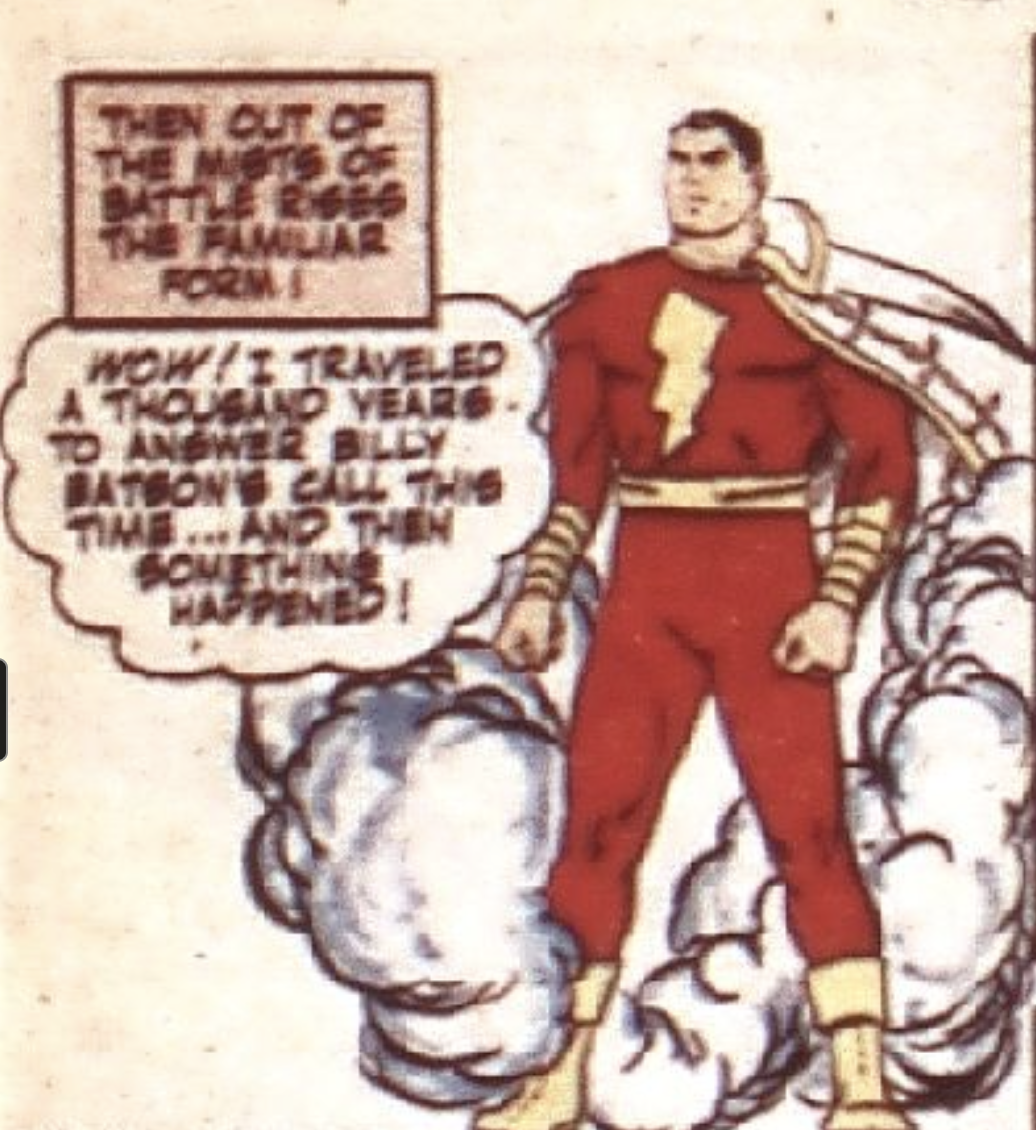 A neat story in which Billy Batson is transported 1000 years into the future results in a mixup when he tries to change into Captain Marvel by saying Shazam! I thought it was interesting is the clarification that Captain Marvel seems to be a completely different persona than Billy, and is just “answering” Billy’s call. Captain Marvel is not simply Billy Batson’s mind in a superhero body (unlike later comic book and feature film adaptations).