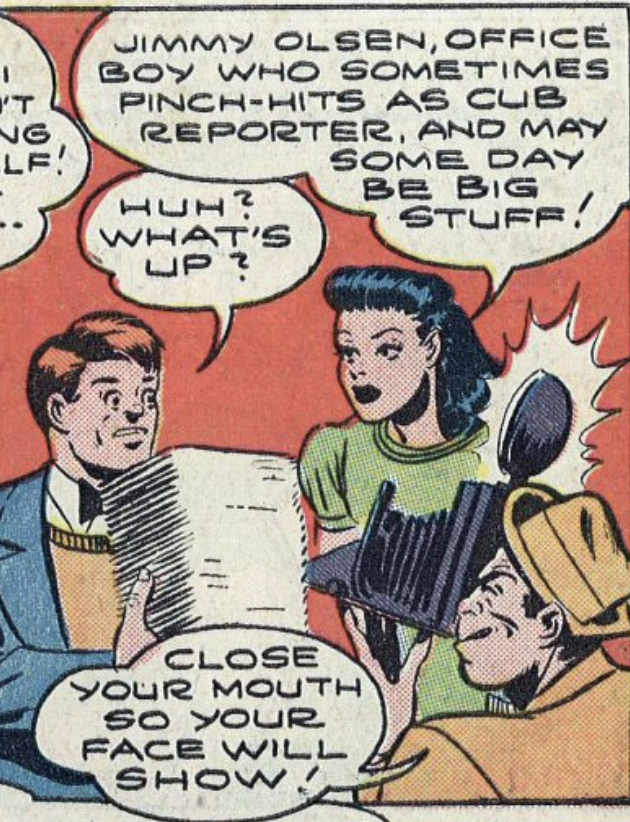 Up until now, Jimmy Olsen has had very few appearances in the comic books. Mostly as an unnamed office boy, sometimes with blonde hair and sometimes with red. The one named appearance as “Jimmy” was back in Superman #13 (August 1941), but as far as I can tell, it wasn’t until World’s Finest Comics #13 (January 1944) that he officially got his last name. In that story, Clark and Lois do an article on The Daily Planet turning 100 years old and introduce a bunch of Planet employees.

Wikipedia tells me that Jimmy Olsen was already a fleshed-out character in the Superman radio serial since 1940.