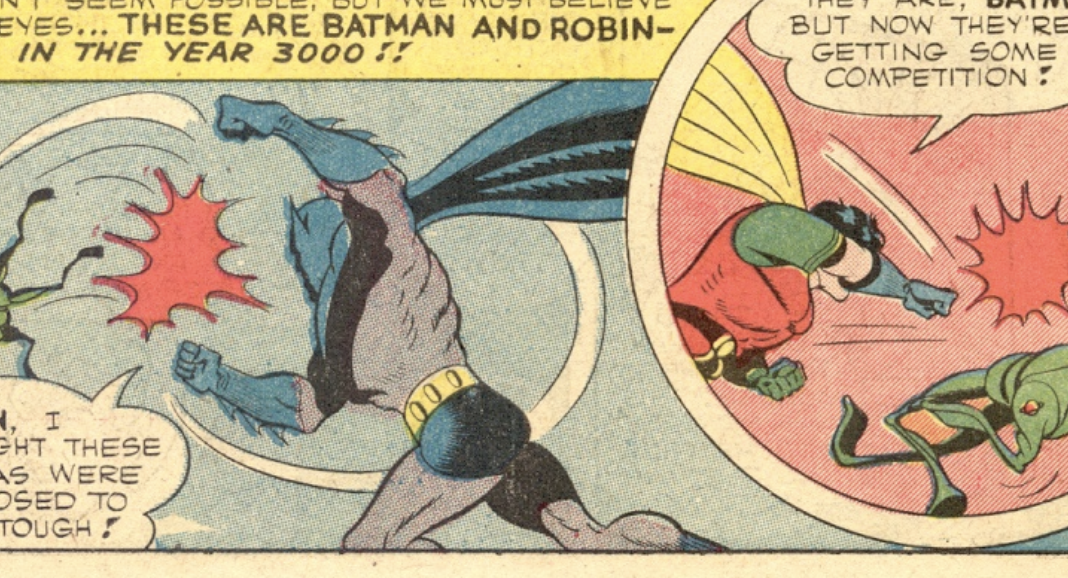 In Batman #26 (October 1944), a story was featured about a man taking up the mantle of Batman and inspiring the next generation to fight for their independence from Saturn invaders… It featured a twist in that the man who becomes the Batman from the Year 3000 is actually a direct descendant of Bruce Wayne.