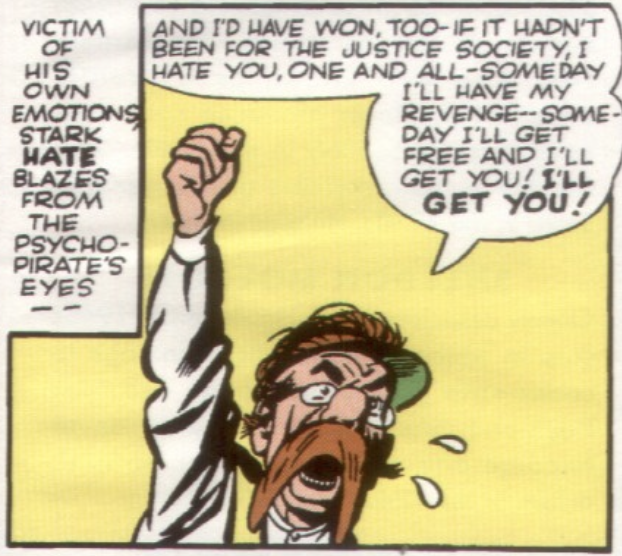 Although he is a far cry from his Silver Age counterpart, the Golden Age Psycho-Pirate makes his debut in All-Star Comics #23 (November 1944). Charles Halstead, a frustrated linotyper, commits crimes based on emotions and challenges the Justice Society of America. He has no powers and would not merit a mention in this blog if the Silver-Age version hadn’t had such an impact on the Crisis on Infinite Earths storyline… but that’s 41 years away still.