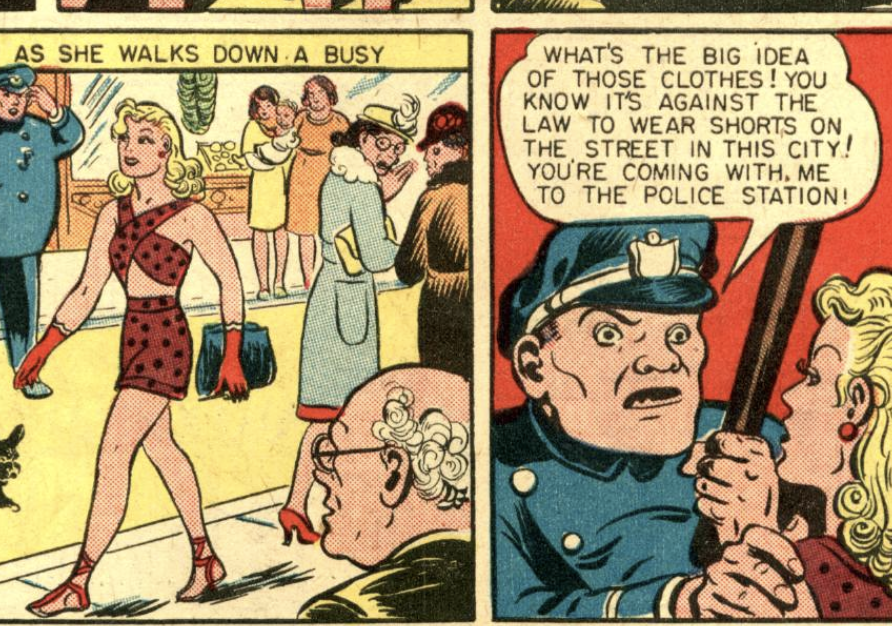 In Comic Cavalcade #12 (September 1945), Dalma the Amazon gets jealous of Wonder Woman’s adventures and decides to remove her bracelets and leave Paradise Island. In a wacky mix-up, she mugs a girl, steals her clothing and then fails to put it on properly, resulting in a scandal where she walks down the street in skimpy clothing. Apparently this was a real thing back in the twentieth century in America: some towns banned women from wearing shorts in public. But Wonder Woman wore shorts all the time!