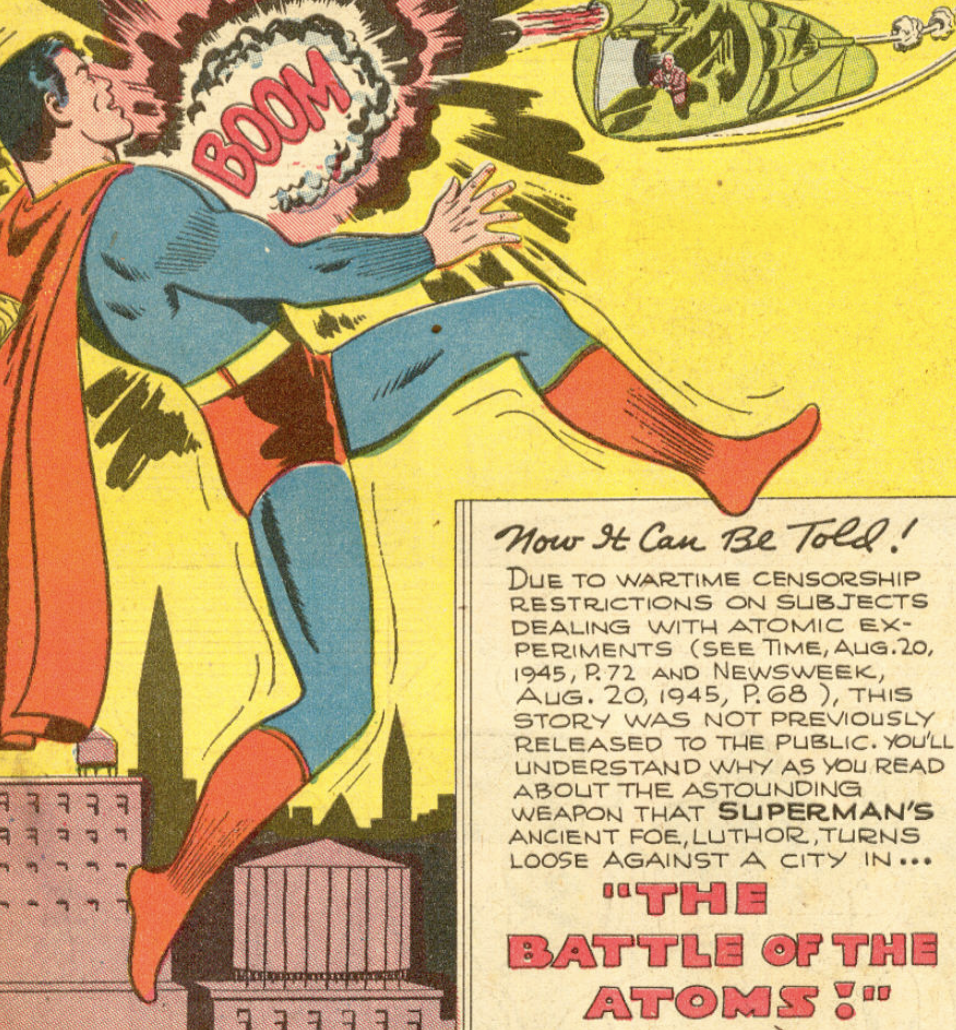 USA dropped the atomic bombs on Hiroshima and Nagasaki in August 1945 with Japan announcing surrender in a matter of days. Nonetheless, it took until October 1945 for stories mentioning “atomic” science to make their way into the public’s hands. The stories had been held back thanks to wartime censorship. I actually found it pretty amazing how many comic books that month had stories mentioning atomics.

Superman battles Luthor and discovers he can withstand an atomic blast, which is a far cry from being able to withstand a bullet!

The Toy Man invents an “atomic pistol” in World’s Finest #20:

Captain America faces off against an “atomic boomerang”:

And finally, the splash page for Boy Commandos #13 mentions “an atomic bomb”:

Fresh from the relief of World War 2 being over, it seems that not enough time had passed for the horrors of nuclear warfare to sink in yet. It also seems that there is evidence that US officials tried to censor information about nuclear radiation.