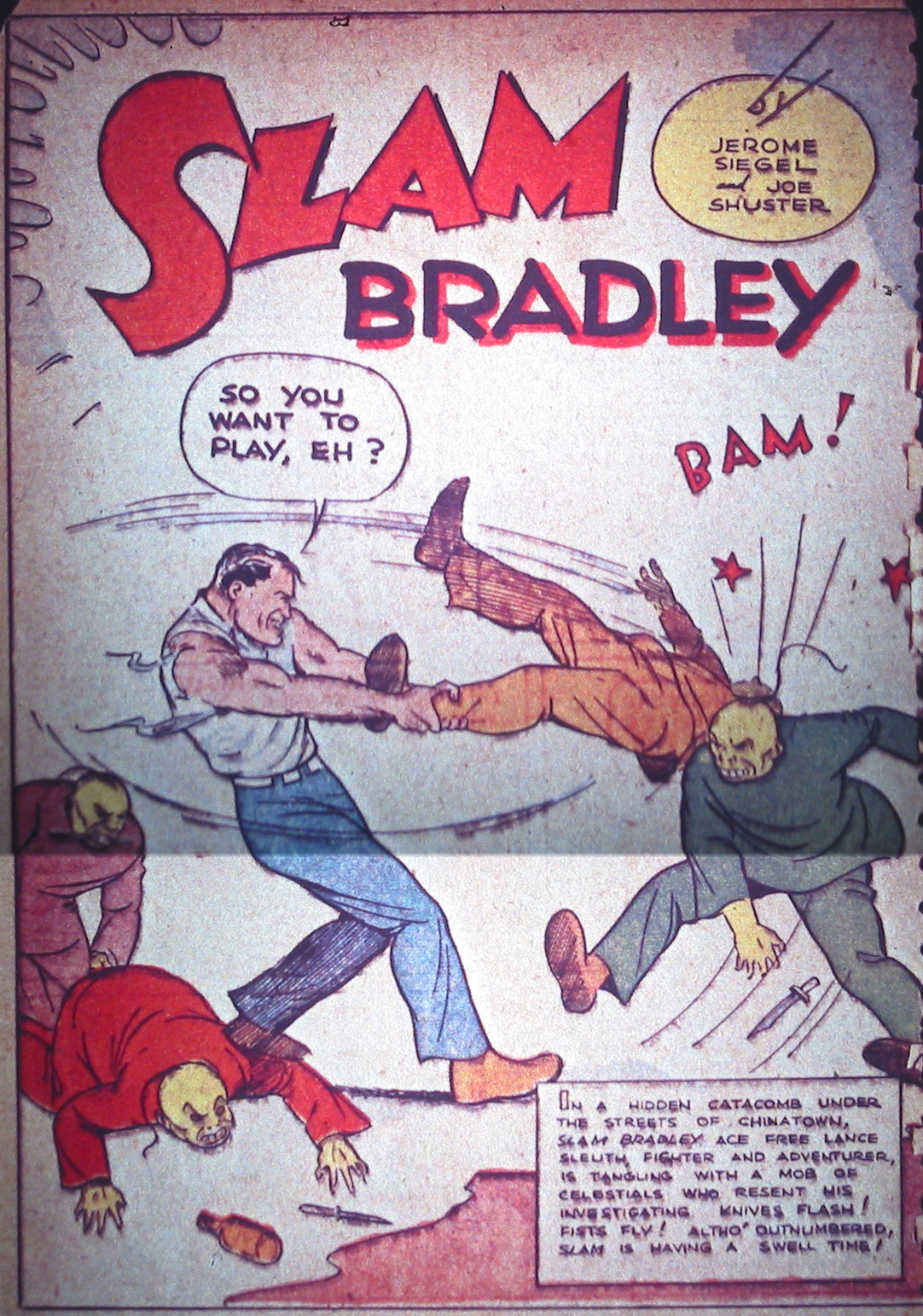 Detective Comics was notable for having much longer stories than was normal for the time, making it the first true comic book, in my opinion.  For example, the story that introduces the character Slam Bradley is a whopping 13 pages long and was clearly not left-over material from rejected newspaper submissions.

I would consider Slam Bradley to be the second character in the DC Universe after Doctor Occult, appearing in continuity many years later with several key DC characters like The Batman.

Wikipedia has a great quote from a letter that Wheeler-Nicholson wrote Jerry Siegel about what they wanted, which I will quote here:

“We need some more work from you. We are getting out at least one new magazine in July and possibly two. The first one is definitely in the works. It will contain longer stories and fewer. From you and Shuster we need sixteen pages monthly. We want a detective hero called ‘Slam Bradley’. He is to be an amateur, called in by the police to help unravel difficult cases. He should combine both brains and brawn, be able to think quickly and reason cleverly and able as well to slam bang his way out of a bar room brawl or mob attack. Take every opportunity to show him in a torn shirt with swelling biceps and powerful torso ala Flash Gordon. The pages are to run the same size as New Comics but to contain eight panels a page instead of six”.

Another fun debut in Detective Comics #1 is Siegel & Shuster’s “Spy” with Bart Regan and Sally Norris.