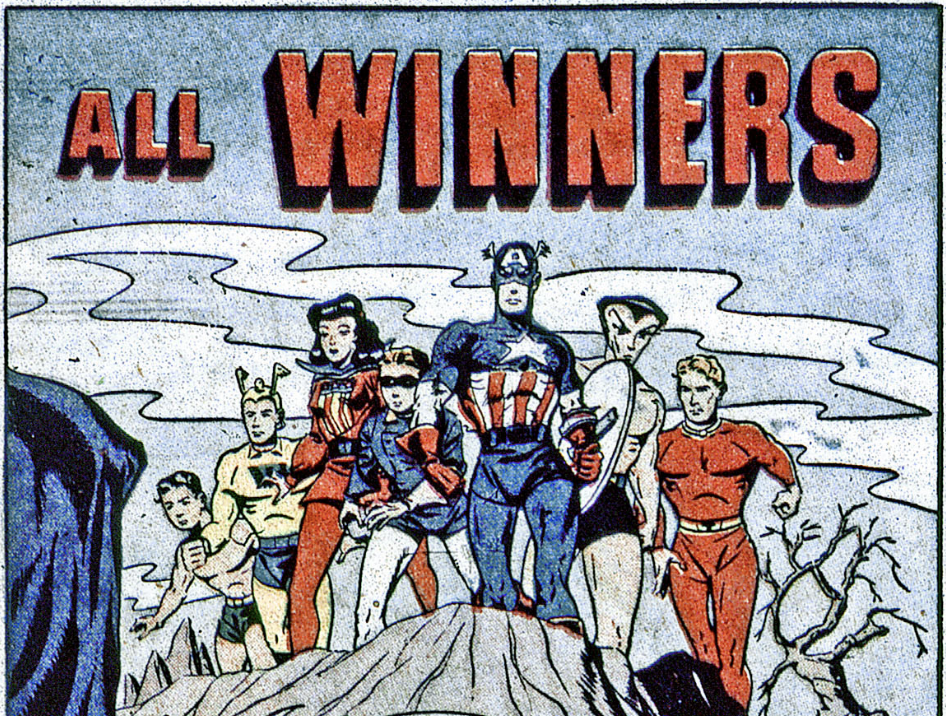 It’s an interesting mix because every character except for Bucky Barnes is super-powered. It’s also interesting to see that not all heroes willingly work as a team and there is some classic Marvel hero in-fighting because Namor is suspected of working with the big bad of the issue. Namor keeps his characterization as a hot-head and storms out, only to have Toro follow him. Like the Justice Society stories of the time, each hero mostly works independently in a mini-story, but it’s nice to see this proto-Avengers team!