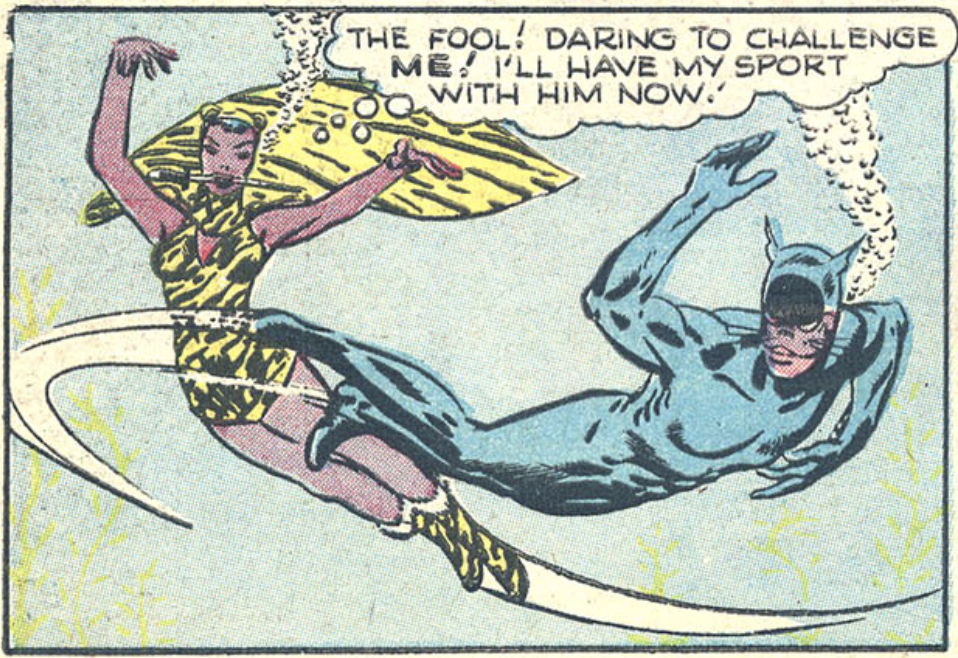 In Sensation #68 (June 1947), Wildcat gets his first costumed nemesis in the form of The Huntress. Paula Brooks squares off against Ted Grant, killing several people before being defeated. In the 1980s, she is retroactively renamed The Tigress and is shown to have previously been a hero before turning villain.