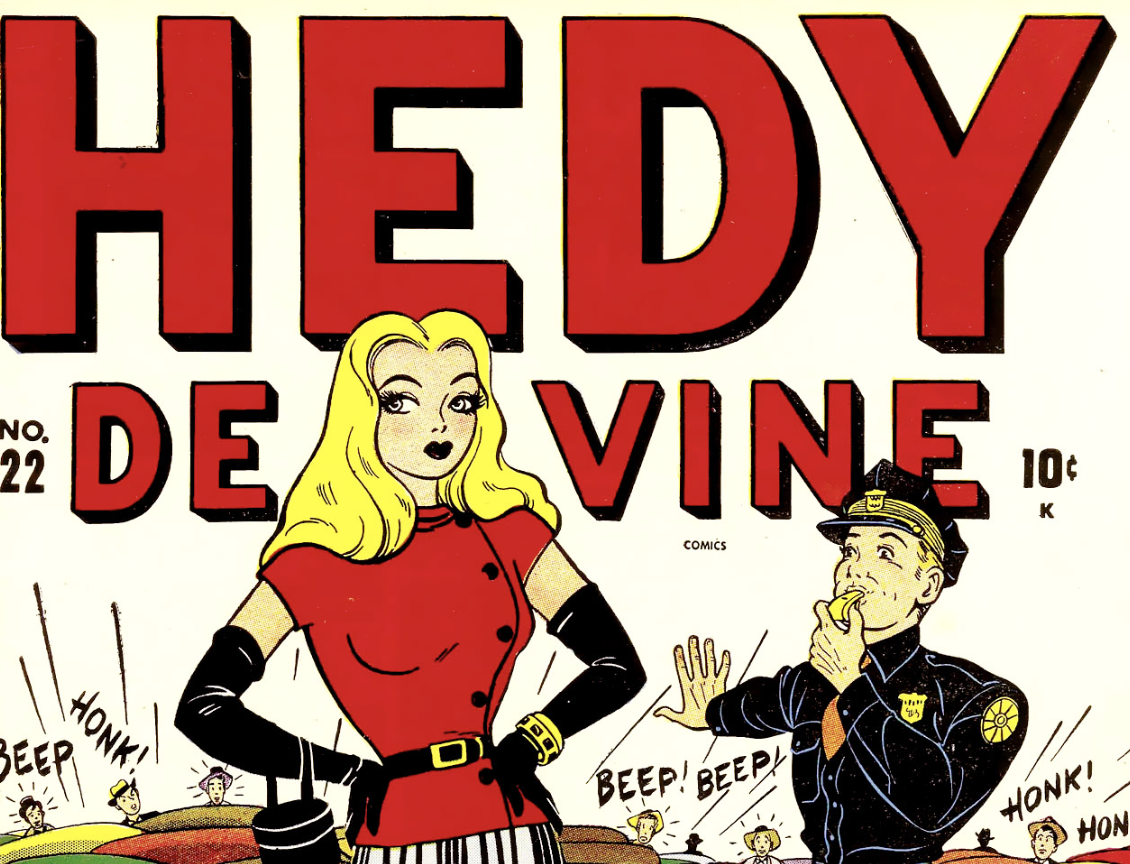 For the first time, in May 1947, one of Timely (Marvel) Comics superhero magazines have been completely renamed and had its genre changed: The short-lived All-Winners Squad has been retired and “All Winners Comics” has been renamed to “Hedy De Vine”. Not to be confused with Patsy Walker’s nemesis Hedy Wolfe, Hedy De Vine is a Hollywood actress, that’s about all I know.

It’s notable how far Timely Comics lineup has changed in this era of the increasingly-disappearing superhero. While May 1947 features Captain America #63, Human Torch #27, and Sub-Mariner #23, the rest of the May lineup is all funny animals and comedy: Hedy De Vine, Jeanie, Junior Miss, Margie, Miss America, Nellie the Nurse, Rusty, Terry-Toons, Willie.