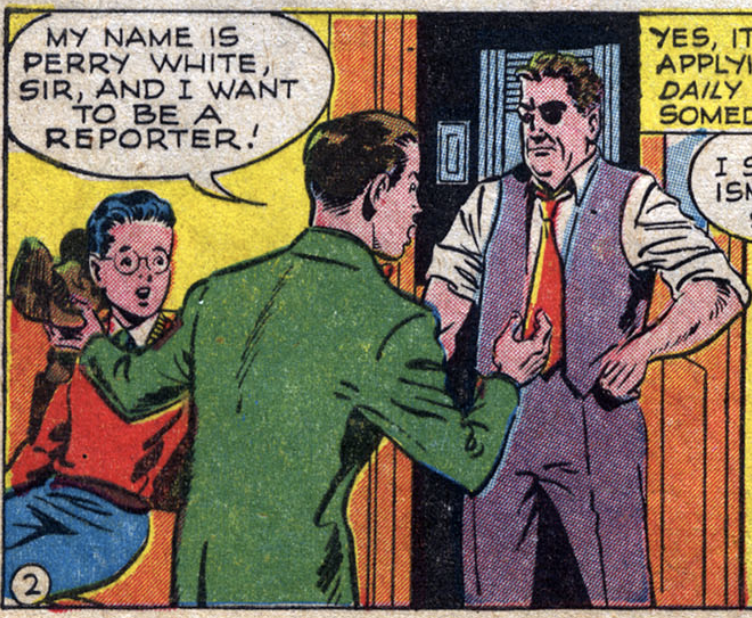 In Adventure Comics #120 (July 1947) features the debut of a young Perry White in the Superboy story. Perry gets his first job at the Daily Planet as a cub reporter, while Clark becomes a paper boy. It’s not really clear why Clark is living in Metropolis at this time, when it’s been clearly established that he lives in a small town during his childhood. Guess it was an excuse to excite readers with this “first meeting” of well-known characters?