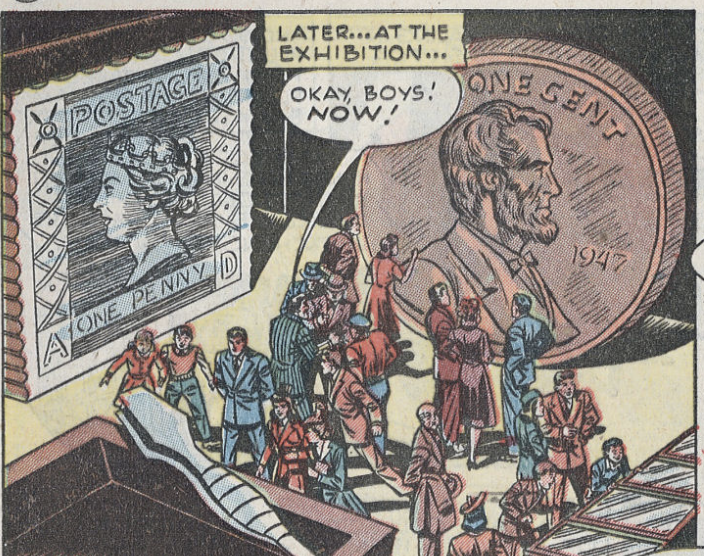 One of the most iconic pieces of memorabilia in the Batcave is a giant Lincoln Penny. In World’s Finest Comics #30 (July 1947), “The Penny Plunderers” introduces this giant penny when Batman and Robin foil Joe Coyne, aka “The Penny Plunderer”, who, like most of Batman’s villains has some gimmick around which they base all their crimes:

The giant coin itself comes from a coin & stamp exhibition and is used to bowl over some thugs and is not really used in the story in any way other than as a visual, nor is it described how Batman and Robin decided to take possession of it. How did that conversation go?