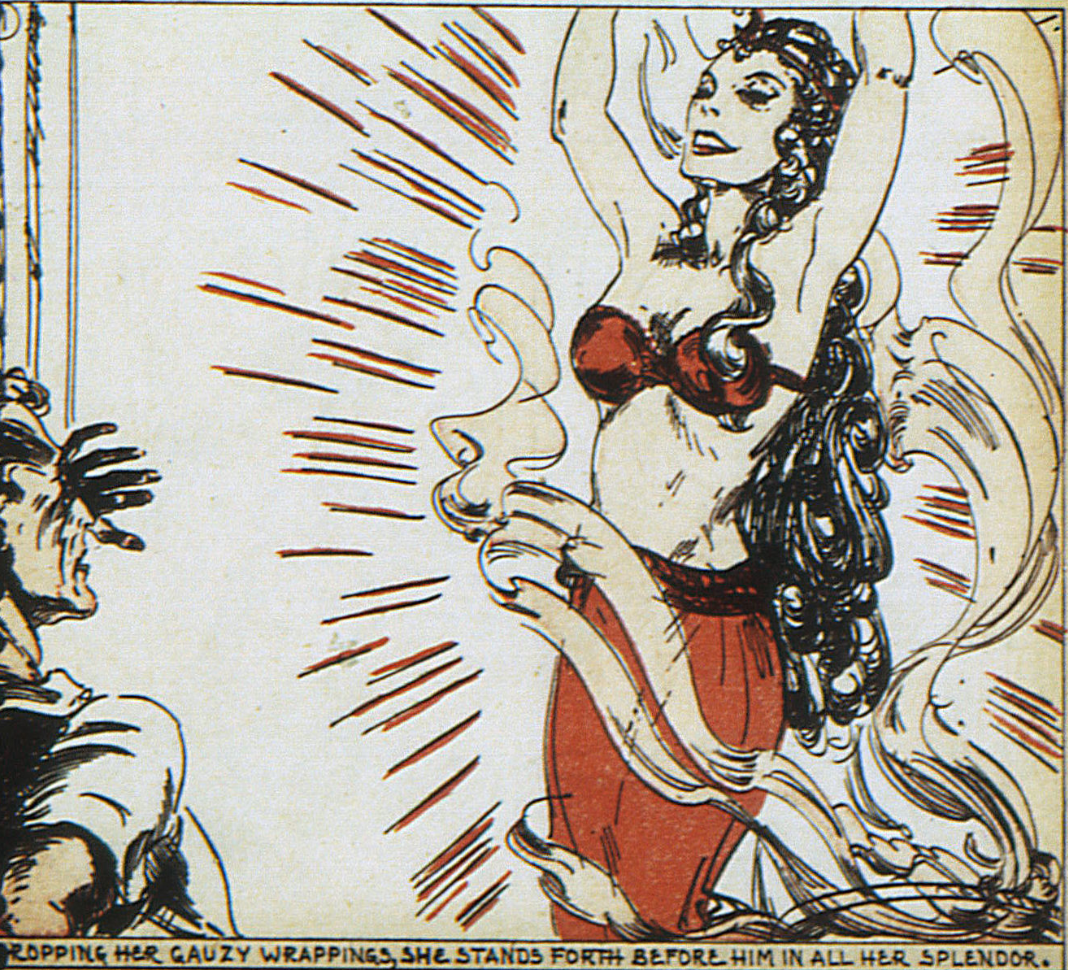 New Adventure Comics, by National Allied Productions featured a comic strip simply called “She“.  It is written by H. Rider Haggard, who died in 1925 (12 years before the comic was published).  It was illustrated by Sven Elven.

Apparently “She” is Ayesha, a two-thousand-year-old immortal sorceress of such great beauty that she can bind any man to her.  “She” is one of the first works of “fantasy fiction”, but oddly the Wikipedia article does not mention the comic book adaption in New Adventure.