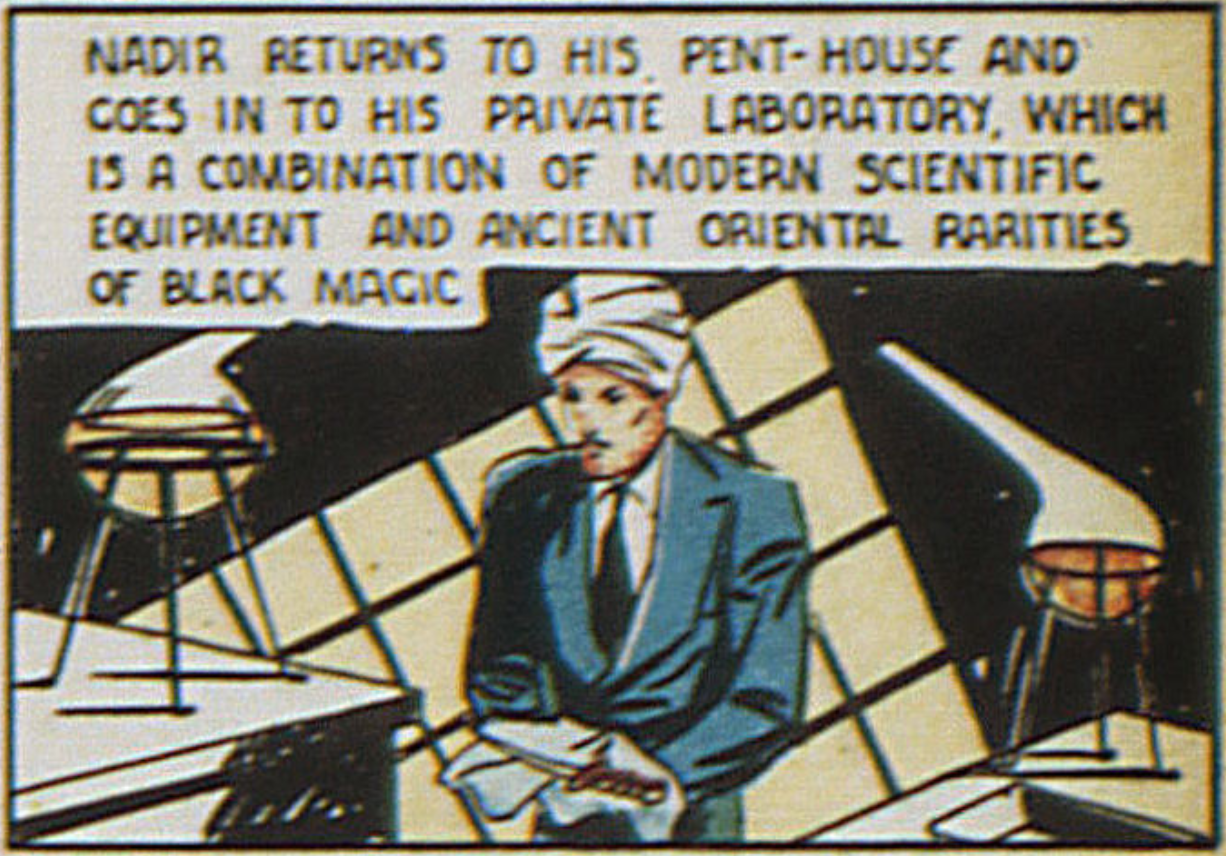 New Adventure Comics #17 (June 1937) debuted a new hero:  Nadir, Master of Magic.  What I found interesting was the origin story told in the beginning that states:

Because of a tragedy in his early life, which resulted in the death of his father and mother, he has devoted his life to the elimination of crime – being wealthy, and well educated …. he is able to carry on his untiring and deadly prosecution of crime

Nadir, Master of Magic by Will Georgi in New Adventure Comics #17, 1937

As seen in several panels, Nadir has a detective laboratory and a faithful servant.  More pieces of the Batman puzzle being assembled!