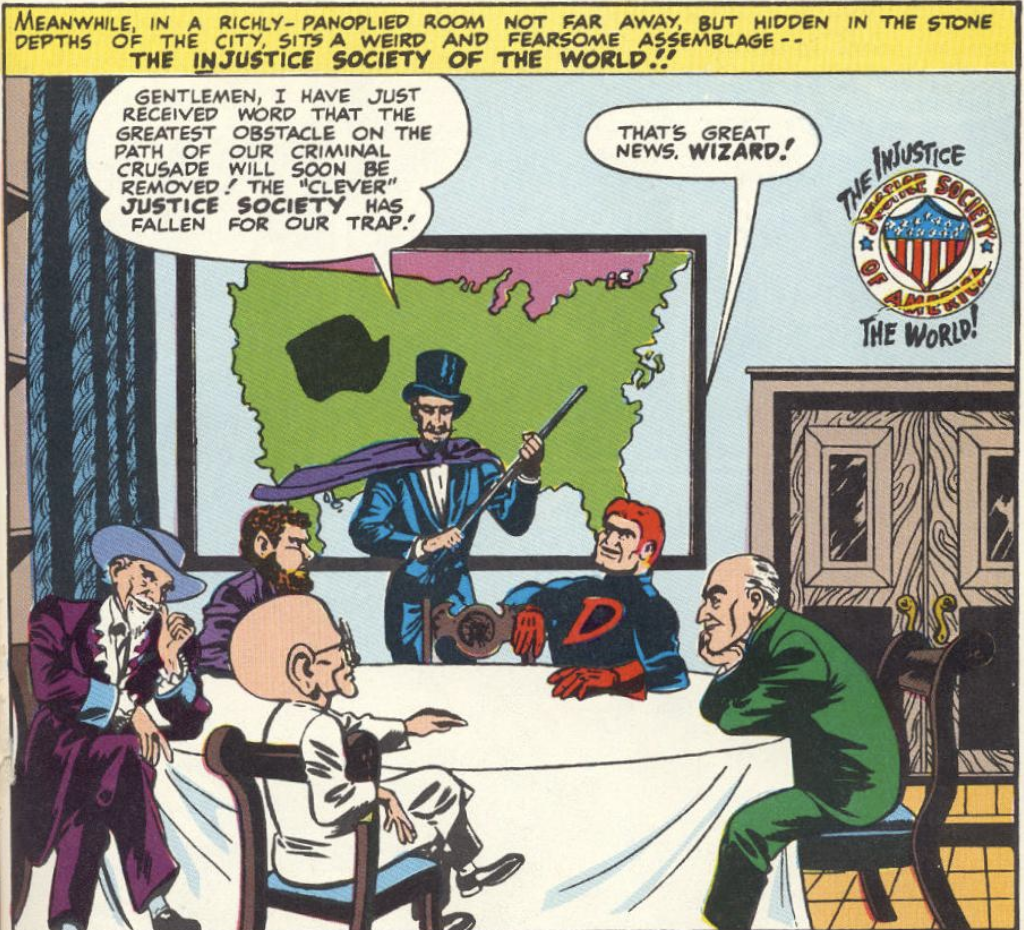 While this is certainly not the first villain team-up, All-Star Comics #37 (August 1947) may include the most dramatic one yet: The Injustice Society of the World. The line-up is impressive: The Wizard, The Thinker, The Brain Wave, The Gambler, Vandal Savage and Degaton but the individual hero stories are, as usual, kind of lame. The only interesting that happens is, even though she was once again relegated to “hold down the fort” with Johnny Thunder, Wonder Woman gets in on the action, deflecting bullets, snapping chains and hurtling villains. Someone at DC finally got the clue that she should not be on the sidelines and is clearly one of the most powerful heroes on the team.