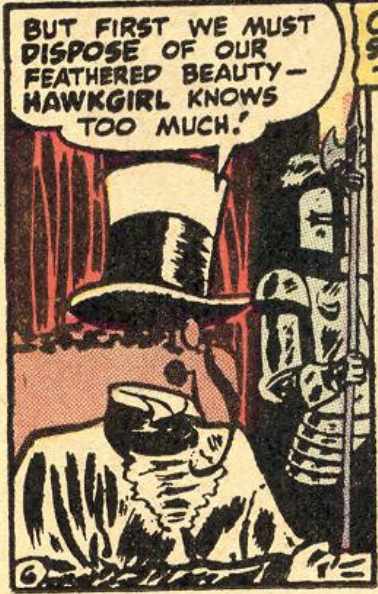 One of Hawkman’s nemeses debuts in Flash Comics #88 (August 1947): The Gentleman Ghost. Called simply “The Ghost” here, and alluded to be nothing more than trickery, The Gentleman Ghost would be one of the more recurring villains for Hawkman through the remaining of the decline of the Golden Age of Comics. Later decades of DC Universe gave him a much richer origin / past as the outlaw Jim Craddock whose soul must roam the Earth until the spirit of his killer moves on. Unfortunately for Jim, his killer is none other than Prince Khufu, who is constantly being reincarnated.