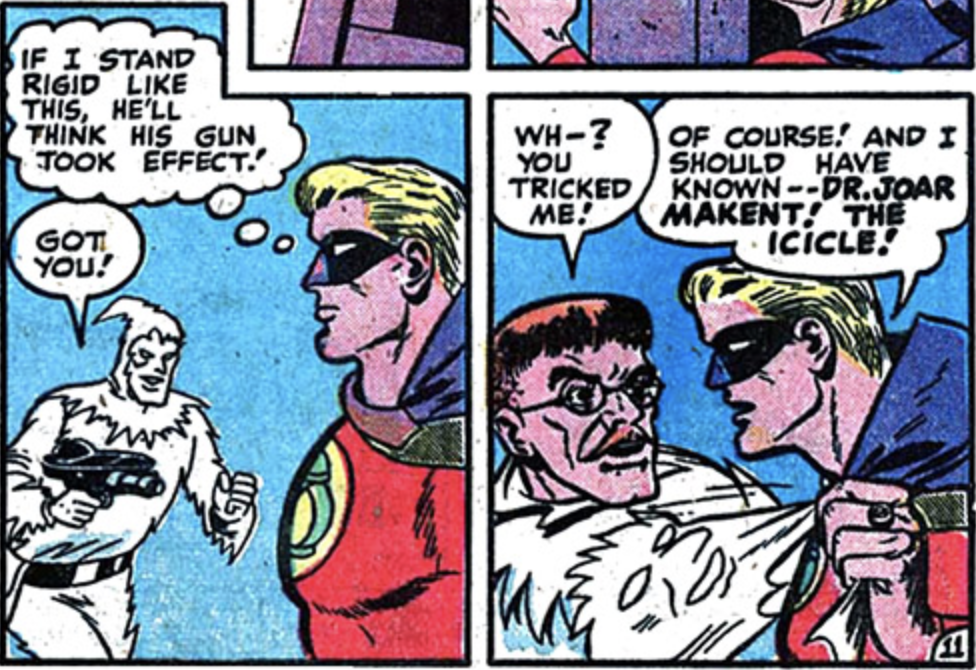 Surprisingly, 1947 featured the introduction of many Golden Age villains from DC: Per Degaton, The Huntress, Harlequin, The Gentleman Ghost. In All-American Comics #90 (August 1947), Green Lantern gets another addition to his rogue’s gallery with The Icicle. Physicist Dr. Joar Mahkent invented a cold ray gun and decided to embark on a life of crime. Green Lantern stopped him. Any questions?