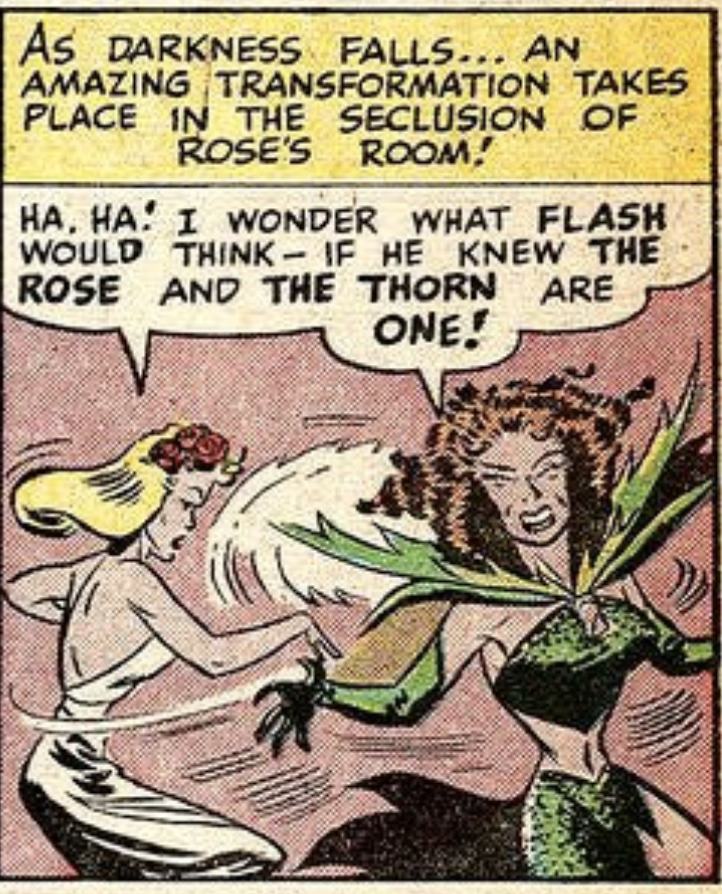 The march of new DC supervillains continues with the introduction of a Golden Age Flash rogue: Thorn from Flash Comics #89 (September 1947). Thorn is the split personality of Rose, who gained her powers in the jungles of Tashmi while helping a professor conduct secret botanical experiments. In this first story it is not fully made clear that Rose is unaware that she is actually Thorn and she calls Thorn her “sister” while explaining to The Flash.