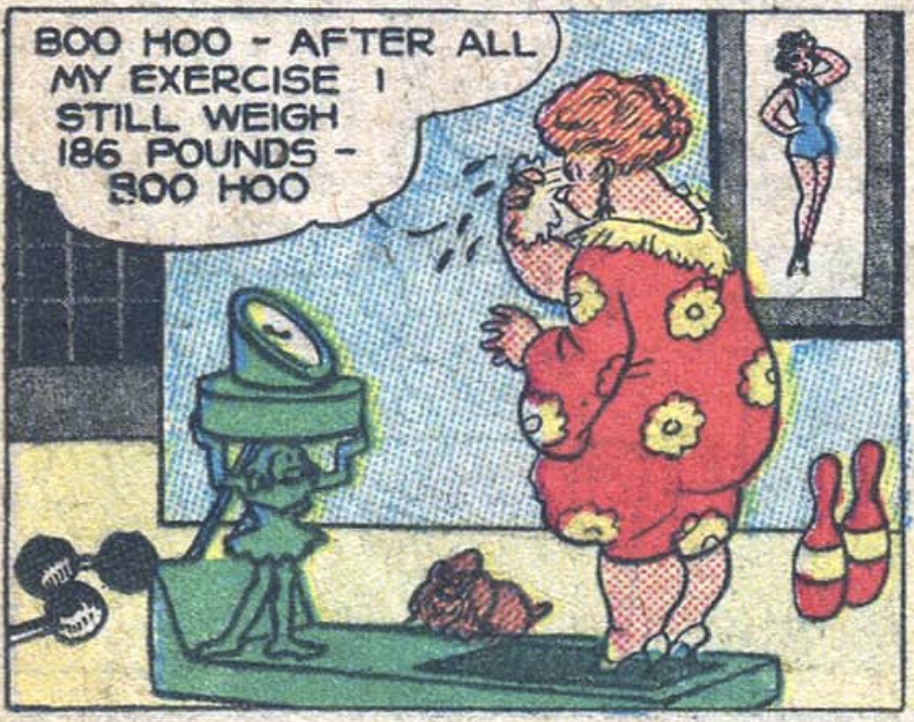 In September 1937, Quality Comics debuted with Feature Funnies #1.  It mostly reprinted of strips that had already been published by other companies like Joe Palooka and Jane Arden.  It also featured Lala Palooza by Rube Goldberg, who became famous for “Rube Goldberg Machines“.

Before it was a famous alternative music festival, Lollapalooza was a phrase meaning “an extraordinary or unusual thing, person, or event; an exceptional example or instance.”

Quality Comics operated for many years before selling off its characters mostly to DC (including Blackhawk and Plastic Man).