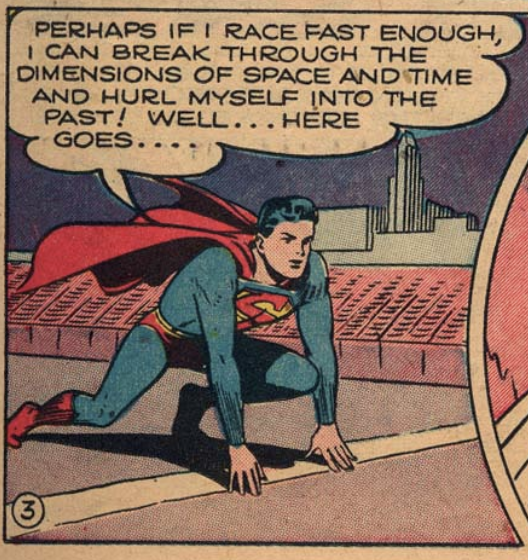 Another story from Superboy #2 (March 1949) establishes the first time that Superboy willingly travels through time. After discovering a familiar red cape inside a 150-year drum in a museum, Clark steals it, drags it through a volcano and a vat of acid before declaring it his cape. He then breaks through the time barrier to figure out what happens and helps win the American Revolutionary War. His cape is used as a flag by a drummer boy to inspire the troops and stuffed in a drum as a momento. Superboy races back to the present and recovers his cape.