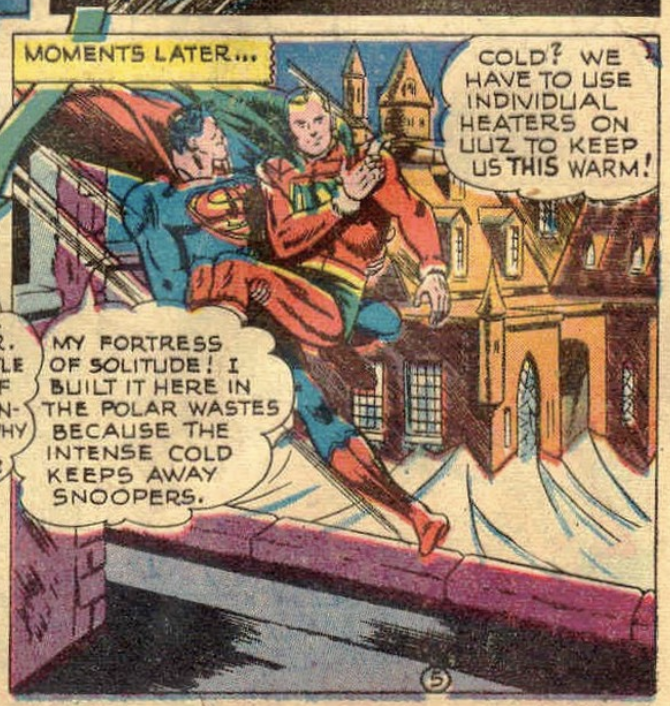 Although Superman had built his “sanctuary” back in 1942, it was more or less a one-off story that was never explored. Superman #58 (March 1949) firmly establishes that Superman has a “fortress of solitude” and it is in the “polar wastes”. Interestingly it looks a lot like an artist’s depiction of an older European town.

In this story, a parallel to Superman’s own origin, an Earth scientist trapped on a doomed volcanic island, had sent his only son off in a rocket which landed on the planet Uuz. The planet has weaker gravity than Earth’s, which allows the Earthling to become a champion for the planet, dubbing himself Regor (wtf?!?). Anyway, Superman discovers this “second Superman” is in trouble and is able to train him to overcome his deficiencies.