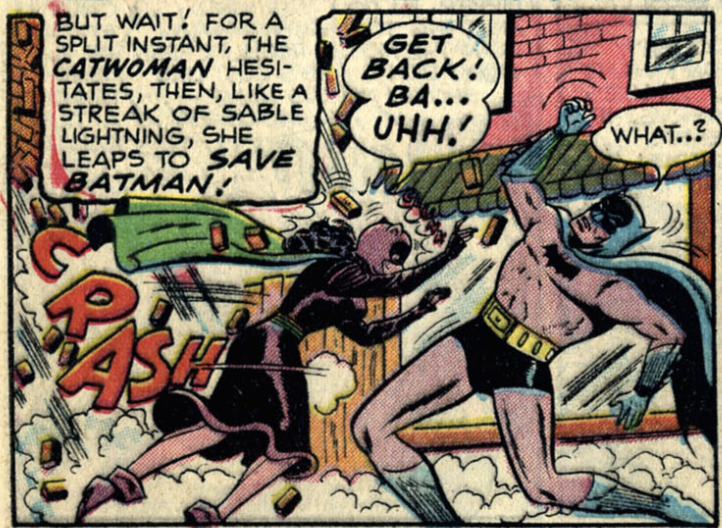 In Batman #62 (October 1950), the Catwoman makes another appearance, but this time a back-story is given when she suffers a head trauma while trying to save Batman from death during a crime spree: Catwoman is Selina Kyle, a former flight attendant who is suffering from amnesia all these years. The new head trauma booted her out of her evil personality.

As a reader, one might wonder how they will reset the status quo by the end of this story, but surprisingly they do not!

The early 50s will feature a few stories of Catwoman being a crimefighter and helping Batman. Retcons years later will call this Selina Kyle, the Catwoman from Earth-2, who eventually marries Bruce Wayne and gives birth to the Huntress.