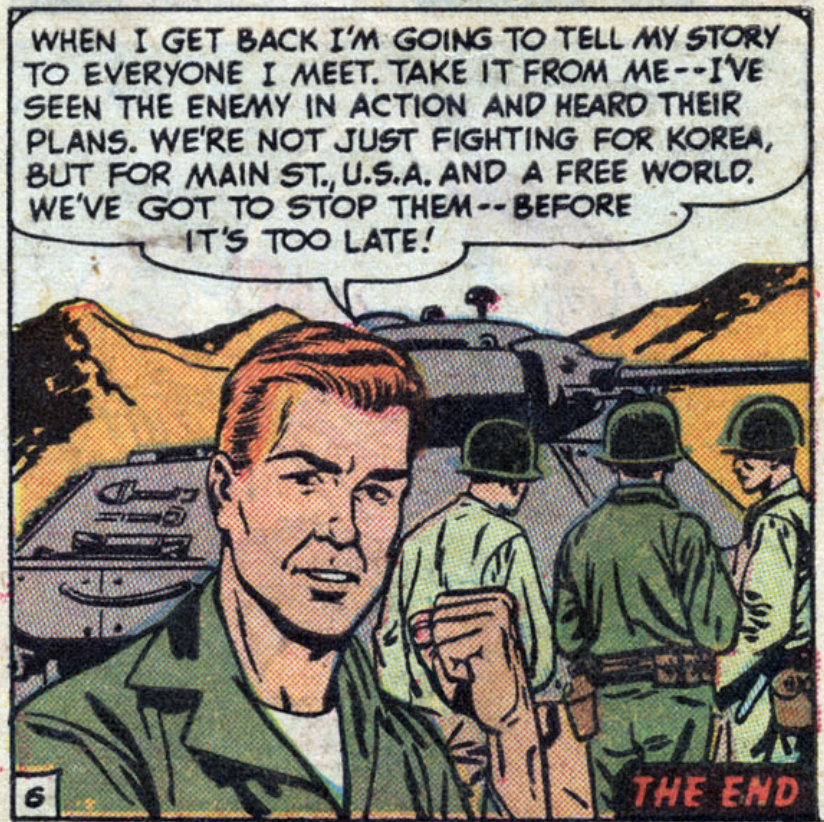 Timely (Marvel) Comics debuted War Comics #1 (September 1950). While most war comics of the time are primarily propaganda vehicles, the first story is particularly heavy-handed. A young soldier spends his time complaining to his fellow officer about why the U.S. is involved in the Korean War. Of course by the end of the story, he understands the evils of the “reds” and how it could impact daily life in the grand ol’ U.S. of A.