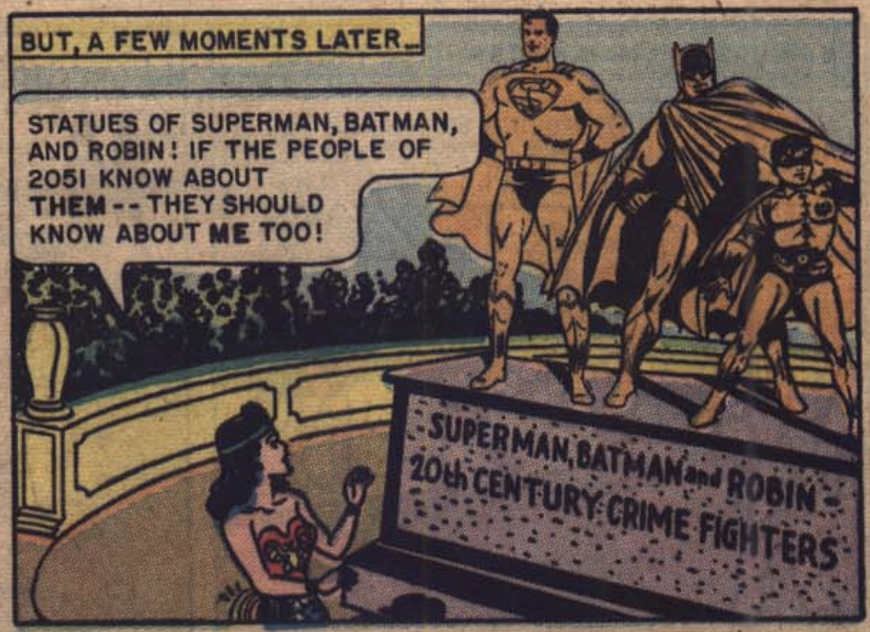 In Sensation Comics #103 (March 1951), Wonder Woman goes up against a foe which requires her to time travel to 2051. Once in New York, she discovers that no one remembers Wonder Woman, yet the rest of the Trinity, Superman and Batman, are fondly remembered. It turns out the villain had deliberately wiped out every trace of Wonder Woman’s deeds (and memories?!?). Vanquish foe, restore former glory.

At this point in comic book history (early 1951), the only DC superheroes left as headliners are Wonder Woman, Batman, and Superman (and we should count Superboy too since his burgeoning popularity feels like the start of the Silver Age). Yes, there are still recurring features like Green Arrow, Aquaman, Johnny Quick, Robotman – but they’ve mostly been kept alive by the fondness of their creators. Even the Justice Society of America has rambled off into the sunset, with All-Star Comics being renamed All-Star Western in February 1951.