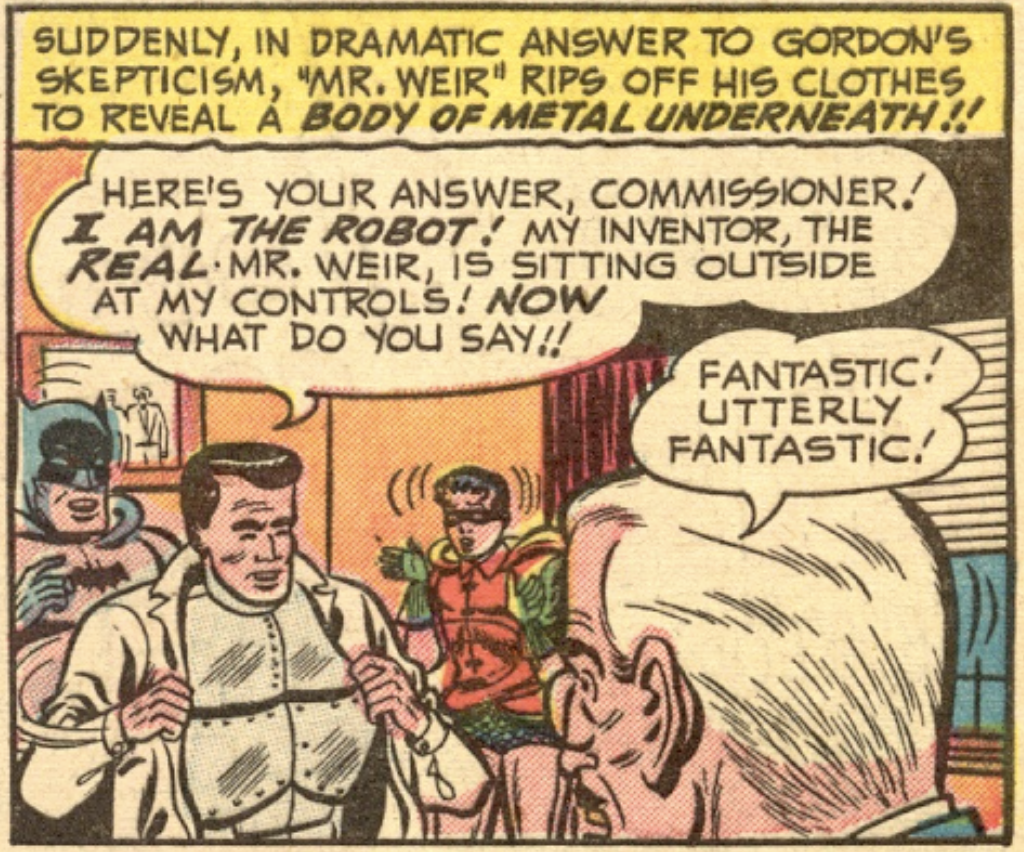 The parade of robots keeps on coming, with Batman #70 (February 1952) featuring a robot that functions as a cop and tempts Commissioner Gordon into replacing Batman and Robin. While Robot-Man has been around since 1942, he was actually a cyborg (a human brain in a robot body), much like the 1980’s Robocop, yet the robots we see in stories in the 1950s are artificial intelligences used as a means to fool cast members and the audience.