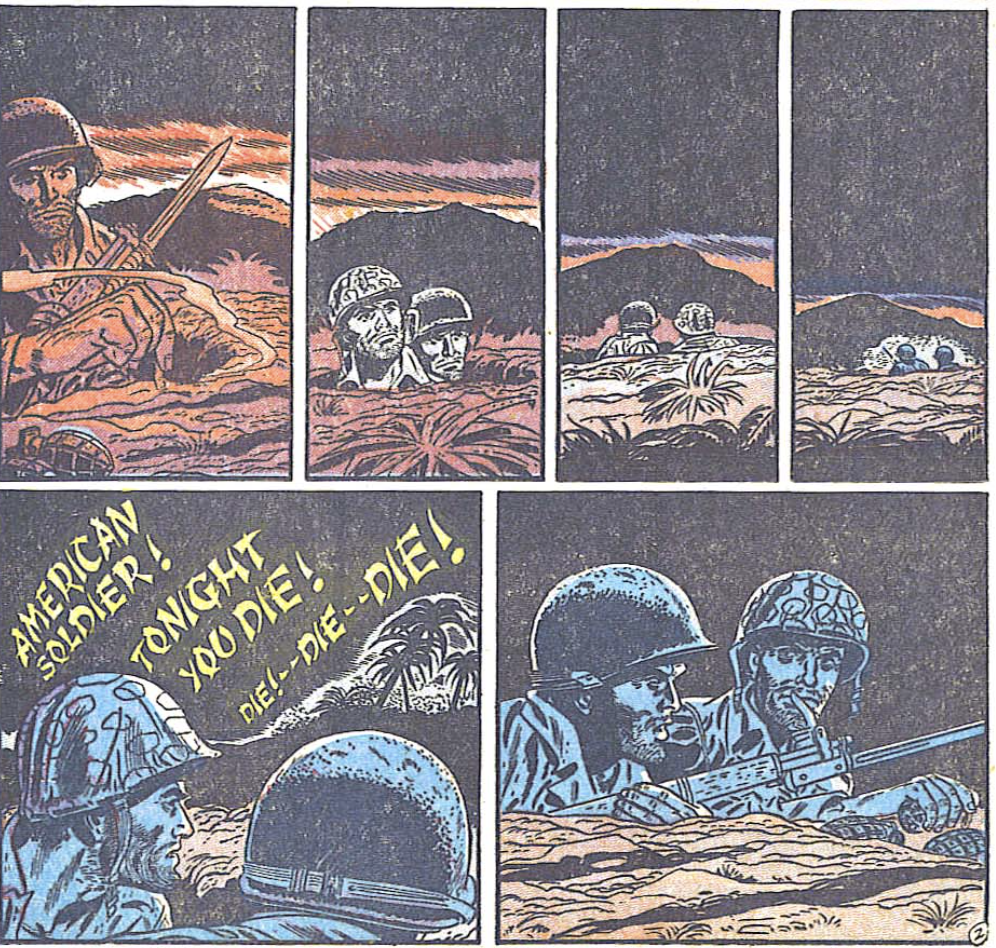 In June 1952, DC launched “Our Army At War” #1. In it, the tale “Dig Your Foxhole Deep!” written by Robert Kanigher and drawn by Irv Novick features many panels empty of dialog but filled with dread and psychological warfare.