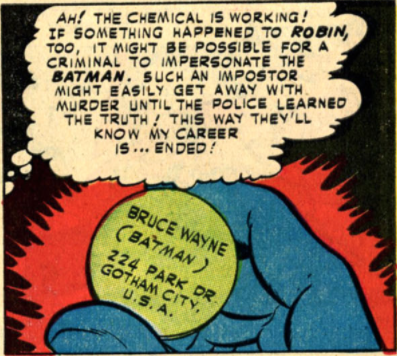 In Detective Comics #185 (May 1952), Batman loses his utility belt which contains a pin that, when sprayed with a special chemical, will reveal Batman’s identity. Batman thinks this is a good idea because something might also happen to Robin. Ok, but isn’t it more likely that you’ll die and then reveal your and Robin’s identity to the world, putting him in more danger? Think Bruce!