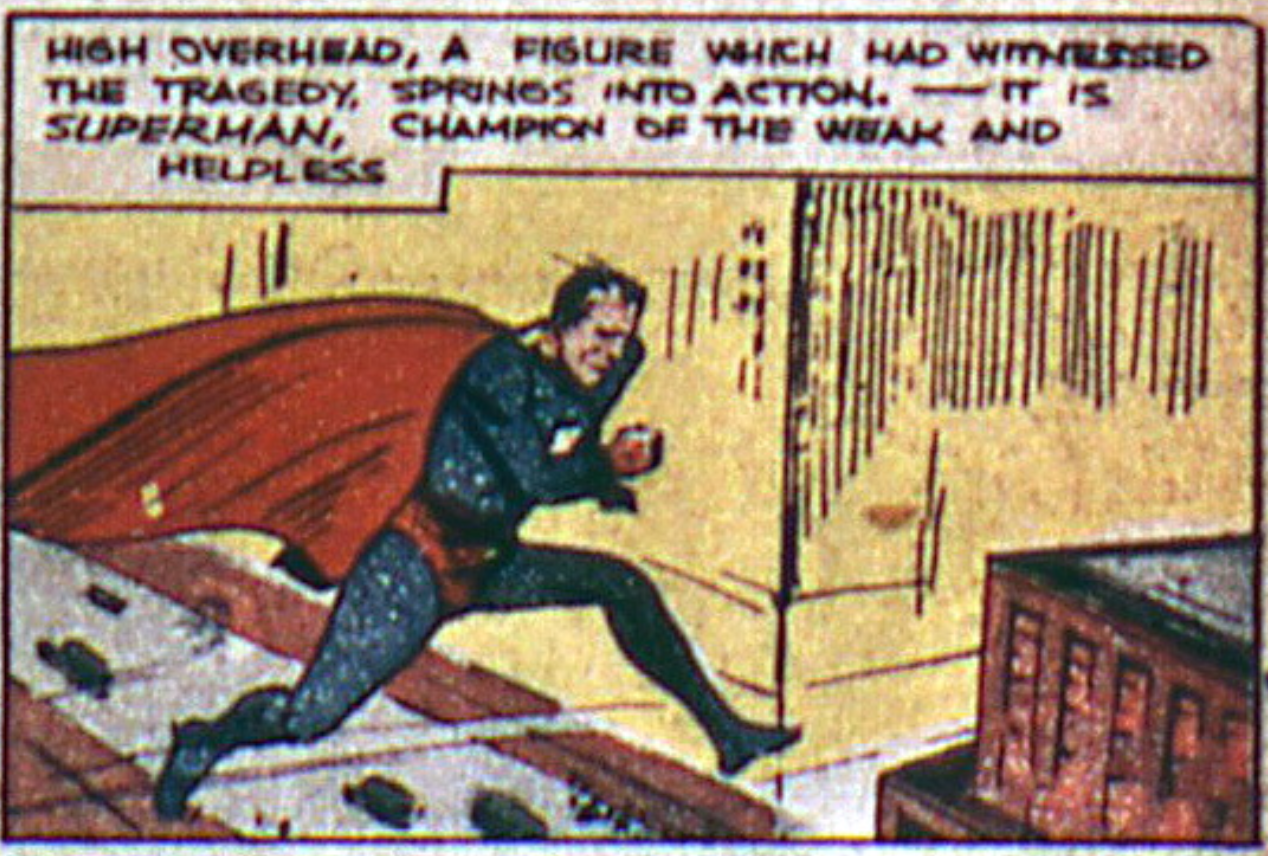 Action Comics #4 (August 1938) brought the most unusual Superman story thus far. It seems clear that Jerry Siegel and Joe Shuster were still experimenting with this character at this time.

In it, Superman tries to capture a hit & run drunk driver, but in the process the driver has a heart attack as his car is struck by a train just as Superman rescues him. This leads Superman to board the train and hide out while a new plot develops completely abandoning the drunk driver storyline for something to do with a crooked football coach paying hoodlums to win the game against “Cordell” university.

Superman then kidnaps an innocent, but ineffective, football player (Tommy) from Cordell, drugs him with a hypodermic needle, disguises himself as the football player and then proceeds to win the game for Tommy and his team.

I’m not a fan of this story at all. Superman seems to think nothing of incapacitating Tommy and taking over his life for some amount of days against his will. When the real Tommy is kidnapped by the thugs, Superman risks Tommy’s life by leaving him there them to go finish the football game. The whole story seems like a giant excuse for Superman to use his speed, tough skin and disguise abilities in a football game.