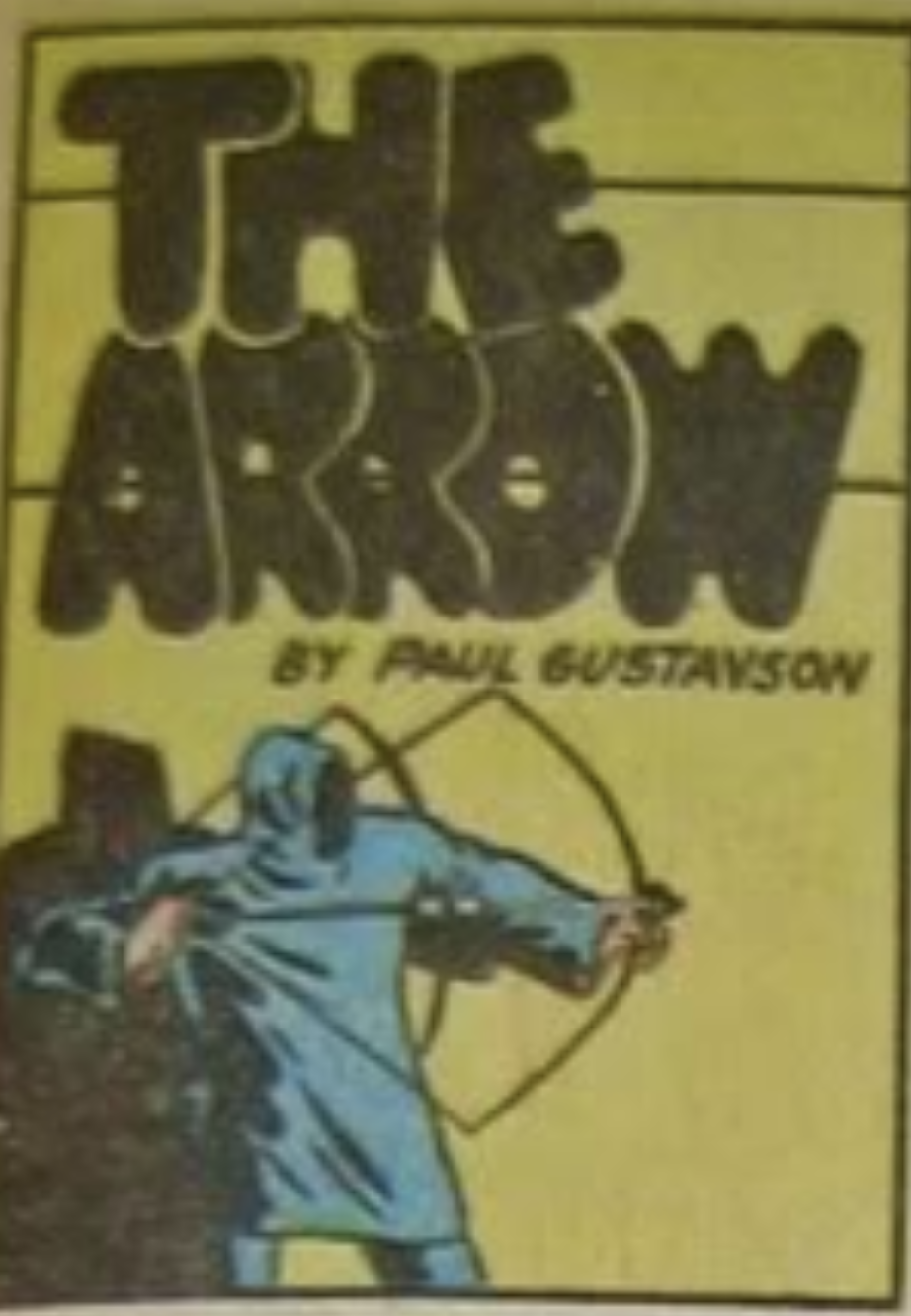 Centaur Publications included a new strip in Funny Pages #21 (vol. 2 #10) July 1938 called The Arrow (no, not the TV show and nothing to do with DC’s Green Arrow, still three years away). The Arrow was a superhero that relied on archery as a gimmick and had a costume and a secret identity. Being only a couple months after the creation of Superman, Centaur probably could not have predicted how exciting a colorful superhero could be, since The Arrow is mostly absent from the panels in the strip or hiding in shadows. His costume would later be made more colorful and skin-tight. Speaking of which, over in Action Comics #3, Jerry Siegel made the odd choice to only have Superman in his costume for a single panel of the 13-page story. In it, Superman teaches an owner of an unsafe coal mine a lesson. The rest of the story he is either dressed as Clark Kent or disguised as a miner.

Finally, a celebration of sorts also this month… after about a year, Jerry Siegel decided to advance the relationship of Bart and Sally in “Spy” in Detective Comics #18 (July 1938):