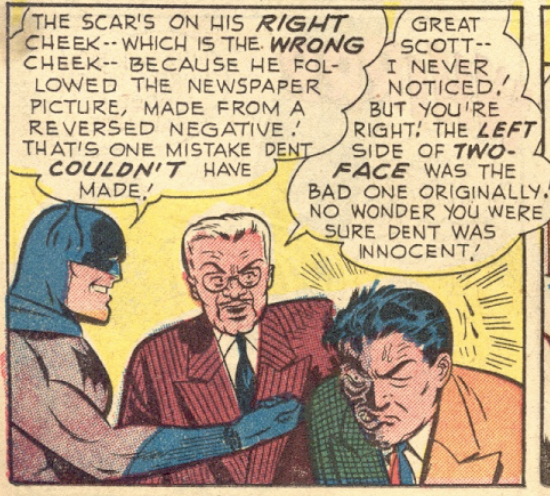 Detective Comics #187 (July 1952) features another story featuring Two-Face, featuring the now-rehabilitated Harvey Dent, less than a year since the previous not-quite-Two-Face story. This time, Harvey Dent agrees to portray Two-Face in makeup, but then exhibits signs of his old criminal behavior. It turns out to be George Blake, the theater manager, who thought to frame Harvey but is caught by Batman. How did he figure it out? Well, the Two-Face makeup was applied to the wrong side of his face (the right side).

I think it’s interesting that, at this time, Batman stories continue to feature two very popular rehabilitated villains (Two-Face and Catwoman) who eventually “back slide” in future stories.