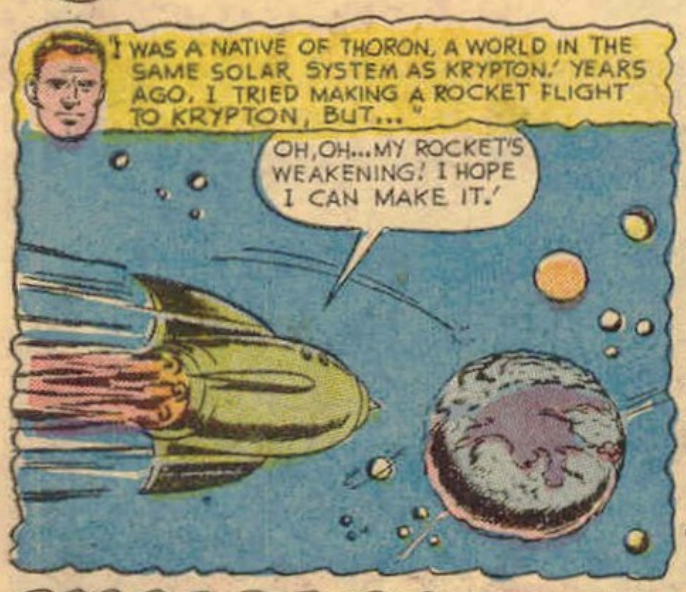 Continuing the tradition of Jor-El super-coincidences in which Jor-El was involved with nearly every entity that Superman meets from space… In Superman #80 (November 1952), Superman discovers an alien has crash-landed on Earth and carries with him instructions from Jor-El mentioning his son. Superman assumes this means “Halk Kar’ is Superman’s older brother. Of course Halk has amnesia so assumes Superman is correct, though it is odd that Halk’s superpowers are weaker than Superman’s.

Hm, turns out that an electrical jolt awakens Halk’s memories and we learn that he is from Thoron, in the same solar system as Krypton. Jor-El had given instructions to Halk on how to reach Earth that he no longer needed (he had memorized them).