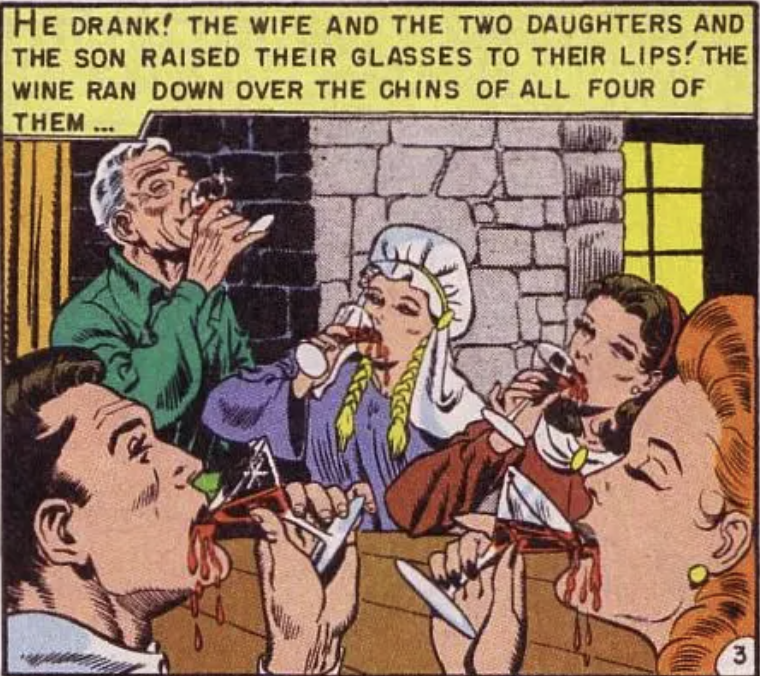 Apparently EC comics had a bad habit of plagiarizing Ray Bradbury‘s short stories for their comic books. This resulted in the writer sending a letter to EC comics, who decided to credit Ray Bradbury on nearly every cover starting in October 1952. Above is a panel from a 1948 short story called “The Long Years!” in which an old scientist and his family have been stranded on Mars for over twenty years.