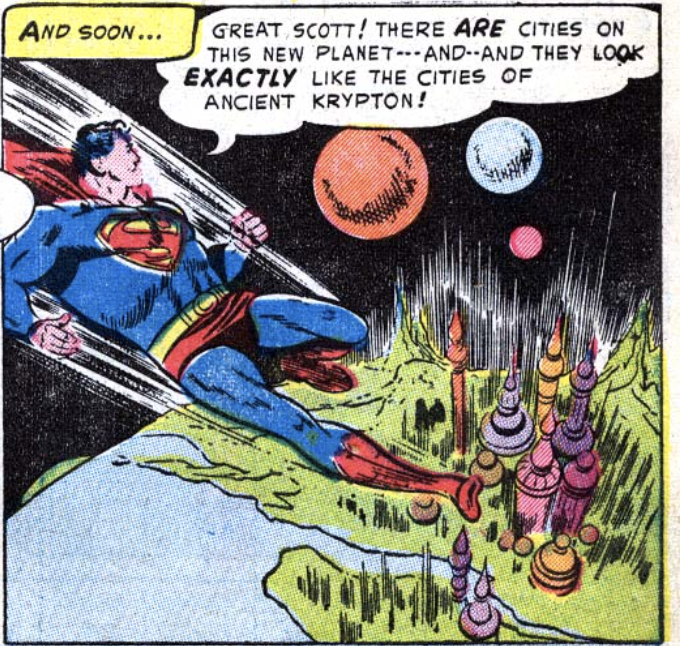 In Action Comics #182 (May 1953), scientists on Earth detect a new planet entering the solar system. It turns out to be a perfect replica of Superman’s home planet, Krypton. So Superman goes to investigate:

Of course due to the intense gravitational power of the planet, Superman has to borrow a rocket to fly around and now lacks super-strength. He discovers no one lives on the planet except for a few people who claim they are kryptonians. They explain that the planet was designed as a decoy planet to confuse an invasion from aliens from another galaxy. The planet consists of a hollow shell with duplicate cities built on its surface, identical to the minutest detail. How is the gravity of this planet taking Superman’s powers away then? Why that’s because of the gravitational machinery housed in a tower.

Superman discovers that these people are actually the invaders and not kryptonians. They wish to conquer Earth. Superman disrupts the gravitational machinery so that his powers return and defeats the invaders, who accidentally destroy themselves trying to flee.

Of course the biggest plot hole in this story is that if kryptonians had the ability to construct an entire decoy planet in space – then how were they not able to save themselves when their planet approached total destruction?