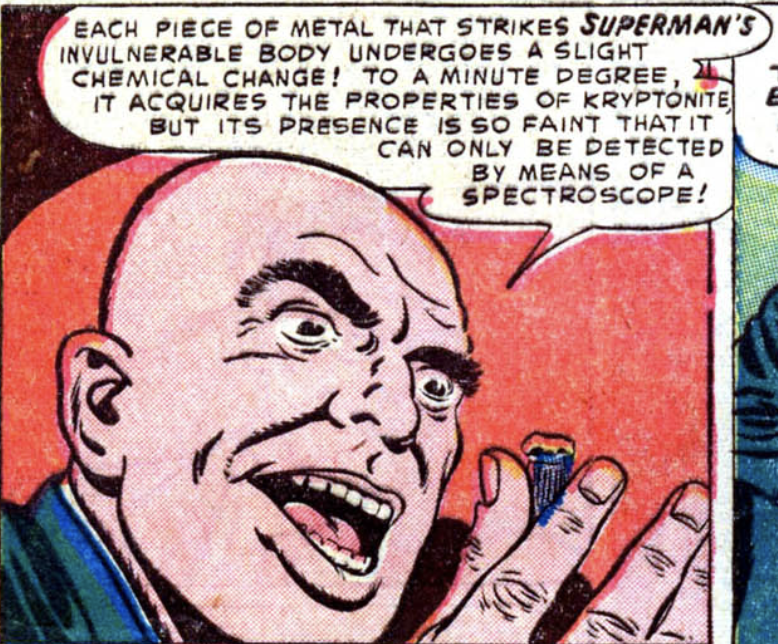 In Action Comics #183 (June 1953), Luthor discovers that every bullet that strikes Superman’s invulnerable body gains the minutest trace amount of kryptonite. This results in Luthor’s henchmen wasting round after round to a confused Superman. After the bullet extraction process, Luthor distills a sample of pure kryptonite, which he then uses to pelt Superman with in an explosion.

Luthor stuffs Superman into a rocket lined with kryptonite and shoots him off into space, but Superman is able to use the last of his heat vision to puncture the fuel tank and crash back on Earth, regaining his powers and foiling Luthor yet again.