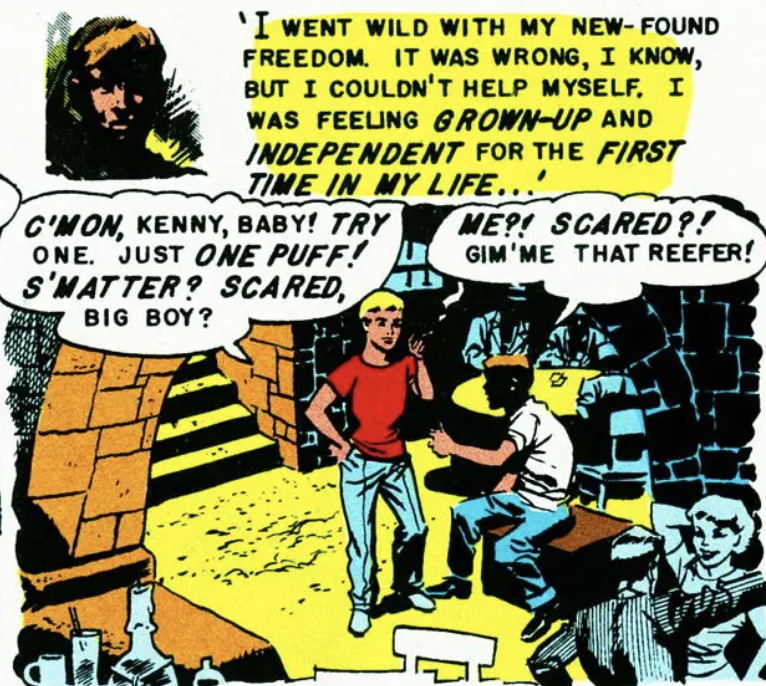 Ah, another socially relevant, moral-driven Shock SuspenStory! “… and so shall ye reap!” appears in Shock SuspenStories #10 (June 1953) and tells the tale of a young man on death row who ruminates on his life choices at the same time that his parents do. The parents’ reflect in a positive way on how they raised their son, while in parallel panels, the son’s reflects ironically on the negative aspects of those same choices. His association with a rough gang leads to him trying “reefer” which leads to “stronger stuff”, presumably heroin, and him becoming a desperate addict.

Drug use is pretty rare in comic books. Apart from fanciful positive depictions (like Hourman) I know of only a couple stories that depict it in any realistic way.