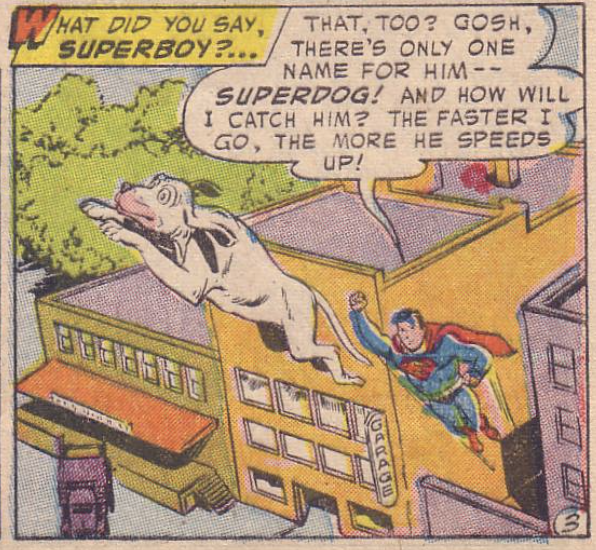 In Adventure Comics #210 (January 1955), Superboy encounters a dog that has powers matching his own. Finding the rocket where the dog arrived on Earth, Superboy discovers this dog is actually his pet Krypto from when he was a baby on Krypton. Yay for more Krypton coincidences!

A colorful scene with Jor-El, Lara, baby Clark and puppy Krypto is shown:

Super-powered hi-jinks ensue as Clark struggles to teach and teach his newly acquired super-pet how to behave on Earth. At the end of the story, Krypto decides to race off into space for more adventures – but maybe he’ll be back in a future story?

Known surviving Kryptonians: 5. (hey, Krypto is a sentient being!)