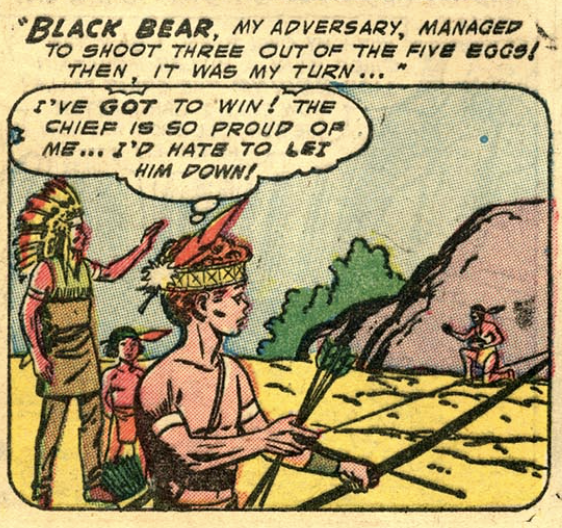 Although it borrows elements from the story of when Roy Harper met Oliver Queen 11 years earlier, the back-story to Speedy is given some retcon attention in the Green Arrow story in Adventure Comics #209 (Dec 1954). The new story is that Roy was orphaned when his scientist father blew up their cabin in the woods. He was then raised by Native Americans who trained him with the bow and gave him the nickname “One of Speed”.