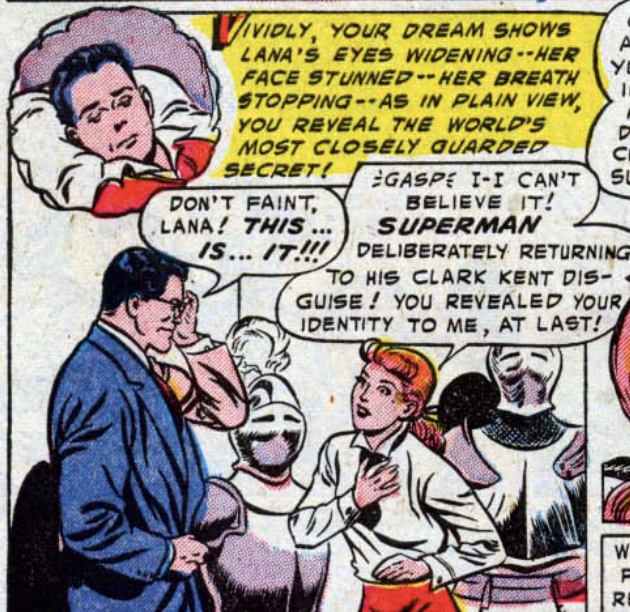 Of course his life is instantly complicated when this happens, which I guess is his sub-conscious telling him that Lana is not the one. In fact, his subconscious may be telling him something else, because suddenly Lois Lane is part of the dream and begins suspecting that Clark is Superman!

How can this be? How can young Clark know his future will be heavily influenced by Lois?

Well, it turns out that DC decided to delve into actual continuity here and remind its readers that a young Clark did meet a young Lois once way back in Adventure Comics #128 (March 1948).