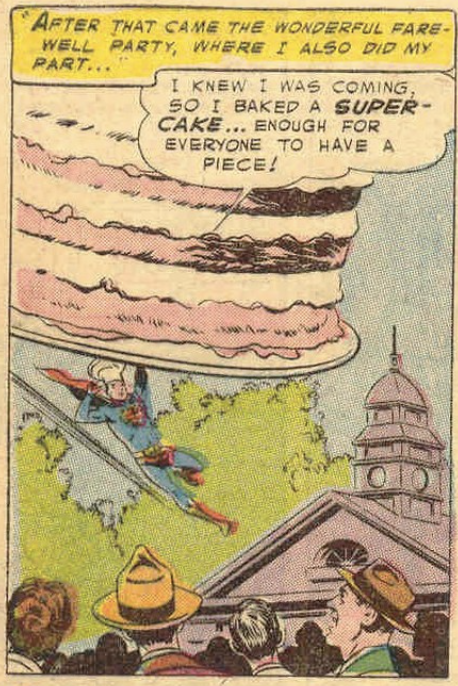 In Superman #97 (March 1955), Superman thinks about the past instead of the other way around. A crook gives Superman the heads up that something he did as Superboy on his last day in Smallville will net him $1M. Superman heads back to his old stomping grounds to reminisce on his adventures and try to figure out the crook’s plan. The plot is a rather flimsy one to tell a few couple-panel Superboy adventures from the perspective of Superman as an adult.

In this case, we see the townsfolk of Smallville wishing Superboy a grand goodbye, choking the hero up. Superboy performs a super-feat, baking an enormous “super-cake” for everyone to super-share.

Speaking of super-feats, well the clue that the criminal was angling for turns out to be lead-covered gold prison bars that Superboy had used in the construction of a new jail.