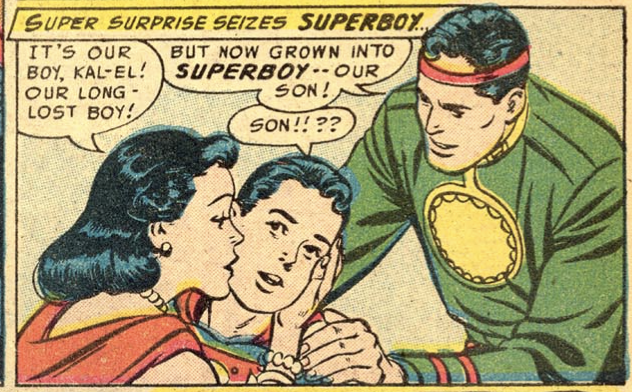 In Adventure Comics #217 (August 1955), Superboy gets a shock when his parents Jor-El and Lara seemingly return to Earth after spending years trying to find their son. Superboy seems to go along with it and plans to leave Earth, Lana, Smallville and his foster parents behind – and we are left on a nice cliff-hanger.

In Adventure Comics #218 (September 1955), the conclusion reveals that Superboy had hired actors to impersonate his parents to throw off a crook who was planning on revealing his secret identity. His parents managed to throw Lana off by using another Clark-bot.